The project will also see a makeover for the exisiting Terminal 2, alongside a new connector to the Tom Bradley International terminal, adjacent to Terminal 3.

Delta’s Vice President of Sales, Scott Santoro, says the new facilities will significantly streamline the customer experience, allowing customers to seamlessly traverse between the terminals using convenient corridors, cutting down connecting times by up to 20 minutes.

The star of the project is the new Delta Sky Club, which will be one of the airline’s largest found anywhere in the world, headlined by an indoor/outdoor double bar, a year-round outdoor Sky Deck, premium showers and more.

To find out more about the project, Wayfarer’s Host and Editor-In-Chief, James Wilkinson, spoke to Santoro exclusively inside the new Terminal 3, which is receiving its final touches.

Santoro says there will also be a revamped Delta One check-in experience that will allow travellers to speed through check-in, enjoy expedited security lines and more, while the new gates will allow the airline to boost its global network from the important LAX gateway.

“We’ve built a robust domestic and international network out of Los Angeles that customers have quickly come to rely on,” he says.

“We remain committed to offering the destinations and service customers have come to expect from Delta out of Los Angeles as the Sky Way project continues and our network is poised to be stronger than ever out of LAX as we recover from the pandemic.” 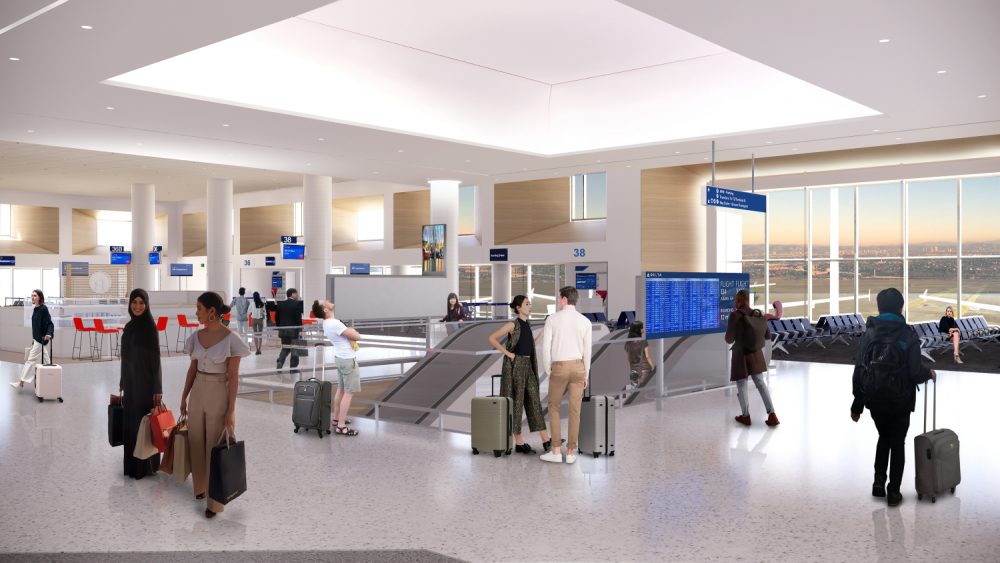