The Park Lane New York, led by popular Managing Director Prince A. Sanders, rises 47 stories into the New York skyline and is situated just steps away from Central Park.

Managed by Highgate, a leading hospitality investment and management company, the 47-story property features 610 rooms – nearly half of which provide sweeping park-facing views with the remaining rooms featuring views of the Manhattan skyline.

Entrusted with reawakening the spirit of the iconic hotel, global design agency Yabu Pushelberg embarked on a total redesign of the building, reinvigorating the interiors to create an entirely new space for guests to enjoy – while mindfully restoring the existing architectural details of the historic building, a unique example of legendary Emery Roth and Sons’ trademark post-war style.

In partnership with Highgate, Scott and his team offer three unique venues: Rose Lane, an 80-seat lobby bar with an outdoor promenade; Harry’s New York Bar, an intimate restaurant on the hotel’s second floor; and Darling, Central Park South’s only rooftop lounge atop the hotel. Perched on the 47th floor, the exclusive cocktail bar will treat guests to the ultimate New York City experience against the backdrop of Manhattan’s sprawling skyline and park.

To find out more about the stunning property, Wayfarer Host and HM Editor-In-Chief James Wilkinson spoke on camera to Sanders at the hotel recently and click on the YouTube link above to go inside this brilliant establishment. 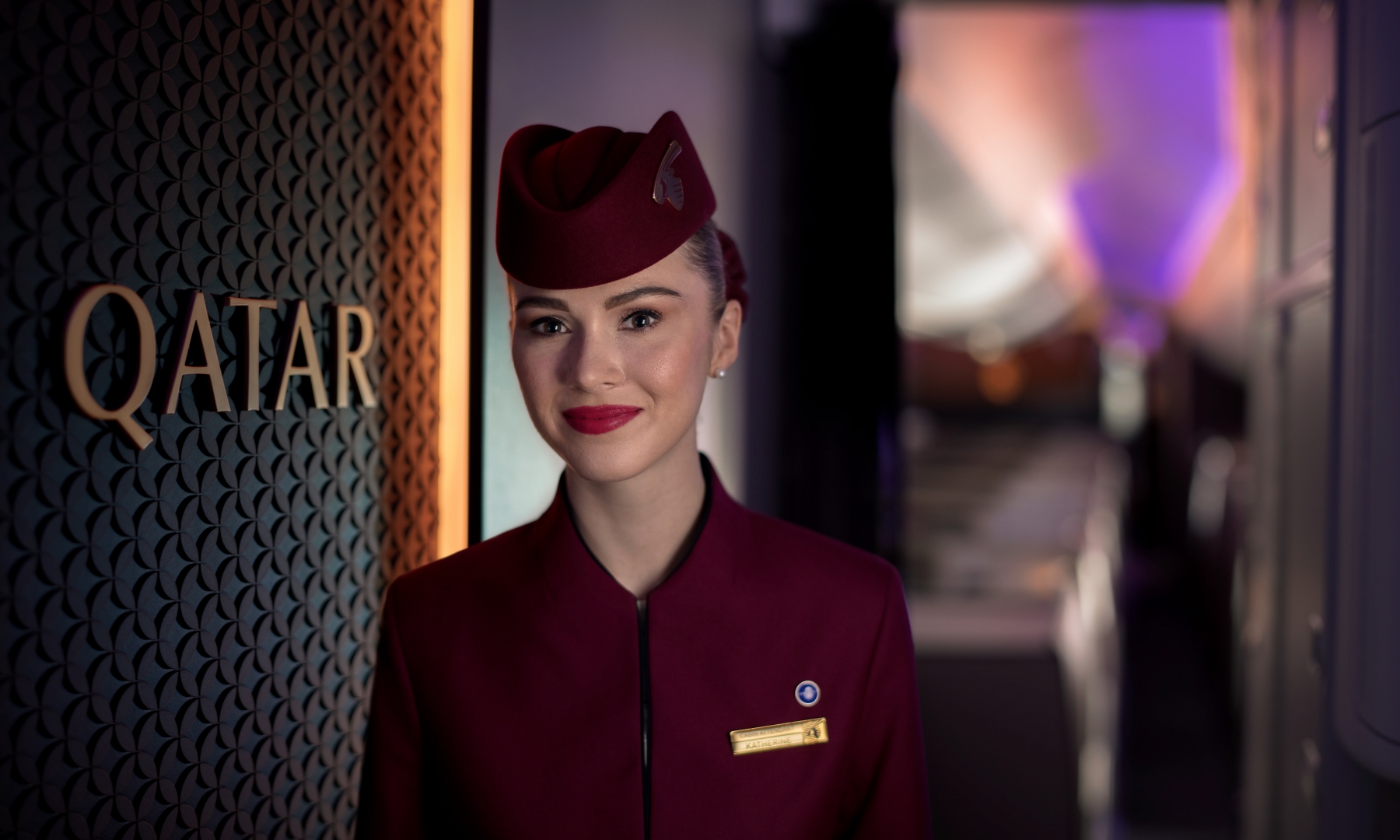 Qatar Airways offers some of the best hospitality in the sky

WAYFARER recommends flying to New York in Qatar Airways’ phenomenal QSuite, which was first unveiled in 2017 and has quickly become one of the best Business Class cabins the world has ever seen.

Qatar Airways launched its QSuite Business Class product in early 2017 and the airline’s CEO, His Excellency Akbar Al Baker, promised it would revolutionise travel across the globe.

He has certainly come through on his promise because QSuite has become a first class product in business class and it is an experience that right now that is still one of the best and most awarded in the sky.