Opera Australia has signalled a return to normal programming, announcing its entire 2022 season across the nation, confident that “COVID shutdowns and debilitating restrictions will be a thing of the past”.

As has been the case almost every year for the past decade, Gale Edward’s celebrated production of La Bohème will kick off the summer season on New Year’s Eve however OA’s Artistic Director Lyndon Terracini has signalled that this will be its final run in the iconic Joan Sutherland Theatre.

“Gale’s production of La Bohème is certainly close to my heart, it was the first opera I commissioned when I started at OA back in 2009 and it has served the Company wonderfully well. It is loved by people the world over, so this is an opportunity for audiences to see it one last time and bid her farewell,” he said.

Premiering in 2011 and running on an almost annual basis, this beloved version of Puccini’s tale of struggling bohemians will have racked up an impressive 183 performances by the time the curtain closes in February.

Presenting a full season for the first time since COVID hit, the program features some of the world’s most loved operas alongside rarely performed works, as well as two blockbuster musicals and the addition of a new and exciting outdoor experience.

“It’s been a very difficult time for our performers and the arts industry as a whole, so I’m sure audiences are looking forward to returning to the theatre just as much as we are, and I’m confident the coming season has something for everyone,” Terracini said.

“We’ll have some of the best singers in the world performing a selection of the most fantastic music ever written with adored classics and fascinating rarer operas; it will be an invigorating year of live music performance.”

Summer will see the welcome return of star American soprano Lise Lindstrom as she reprises the role of Turandot, which she will share with Australian star on the rise, Anna-Louise Cole, in Graeme Murphy’s celebrated production. Otello will have its rescheduled return to the stage with the same powerhouse principal cast of Yonghoon Lee making his role debut as Otello, which Terracini believes will become his signature role, Karah Son and Marco Vratogna as the villain Iago.

La Juive, a co-production with Opera de Lyon directed by the acclaimed Olivier Py, will have its Australian premiere offering audiences the rare treat of two sopranos, two tenors and a world-class bass singing together. The Marriage of Figaro also returns, and Russian star Olga Peretyatko will make her Australian debut in a concert version of Maria Stuarda.

Stacey Alleaume will perform in-theatre as Violetta in Elijah Moshinsky’s La Traviata following her success in the 2021 Handa Opera of Sydney Harbour production. Audiences will have the chance to finally see Attila, after its two-performance premiere in 2020 and postponement days before opening in 2021, this time with Russian Ildar Abdrazakov in the title role.

Handa Opera on Sydney Harbour stages a brand new version of one of the most successful musicals of all time, Andrew Lloyd Webber’s The Phantom of the Opera. Director Simon Phillips and designer Gabriela Tylesova will deliver a whole new level of spectacle to the show’s defining moments on the famous over-water stage. 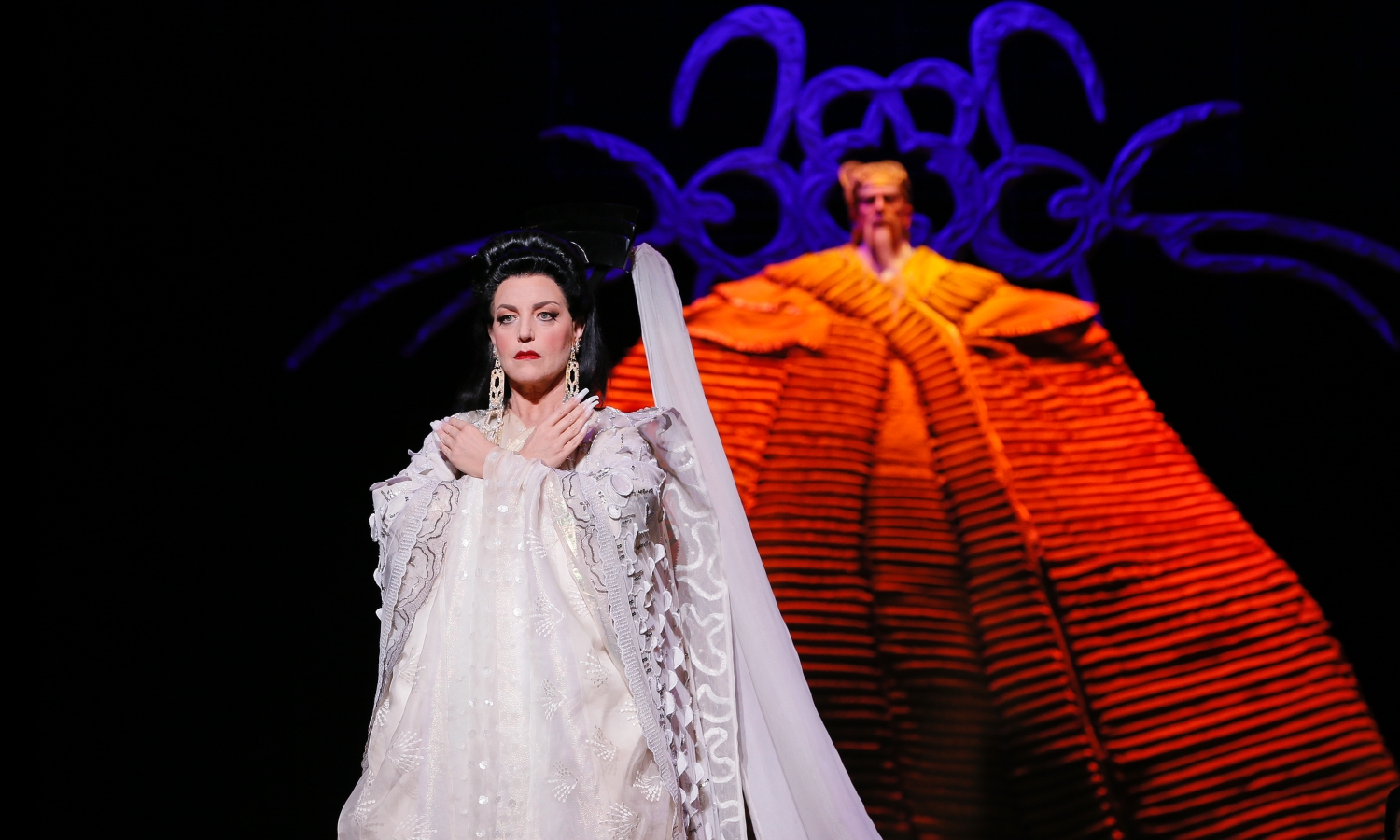 And proving that you can never have enough of the Phantom, Cameron Mackintosh’s spectacular new production of the legendary musical will make its long-awaited Sydney Opera House debut. Also rescheduled from 2021, the contemporary take in Rodgers and Hammerstein’s Cinderella will premiere at the Sydney Lyric Theatre, showcasing an Australian cast of rising stars and treasured favourites.

At a new custom-built site, Opera Australia will present its inaugural season of Opera on Cockatoo Island with an edgy new production of Bizet’s Carmen by director Liesel Badorrek. Audience members can enjoy an all-inclusive evening out in the island’s industrial scene or a world-first unique experience of opera viewing from their own boat.

OA will continue its commitment to providing access to opera for everyone, presenting Cinderella to schools across NSW, touring a new production of Rossini’s The Barber of Seville by director Priscilla Jackman around regional theatres across the country, and staging the Opera Gala in Uluru once again in the heart of Australia.

In Victoria, soprano Stacey Alleaume will make her in-theatre debut as Violetta in Elijah Moshinsky’s celebrated production of La Traviata, a highlight of the Company’s 2022 Melbourne season.

The 2022 program will also feature the Australian premiere of Olivier Py’s production of Richard Wagner’s Lohengrin and a one-night only concert by arguably the greatest bass alive today, Ferruccio Furlanetto, along with a highly anticipated blockbuster musical.

Terracini said Opera Australia is looking forward to returning to Melbourne with a world-class season including some of the finest talent from Australia and abroad. 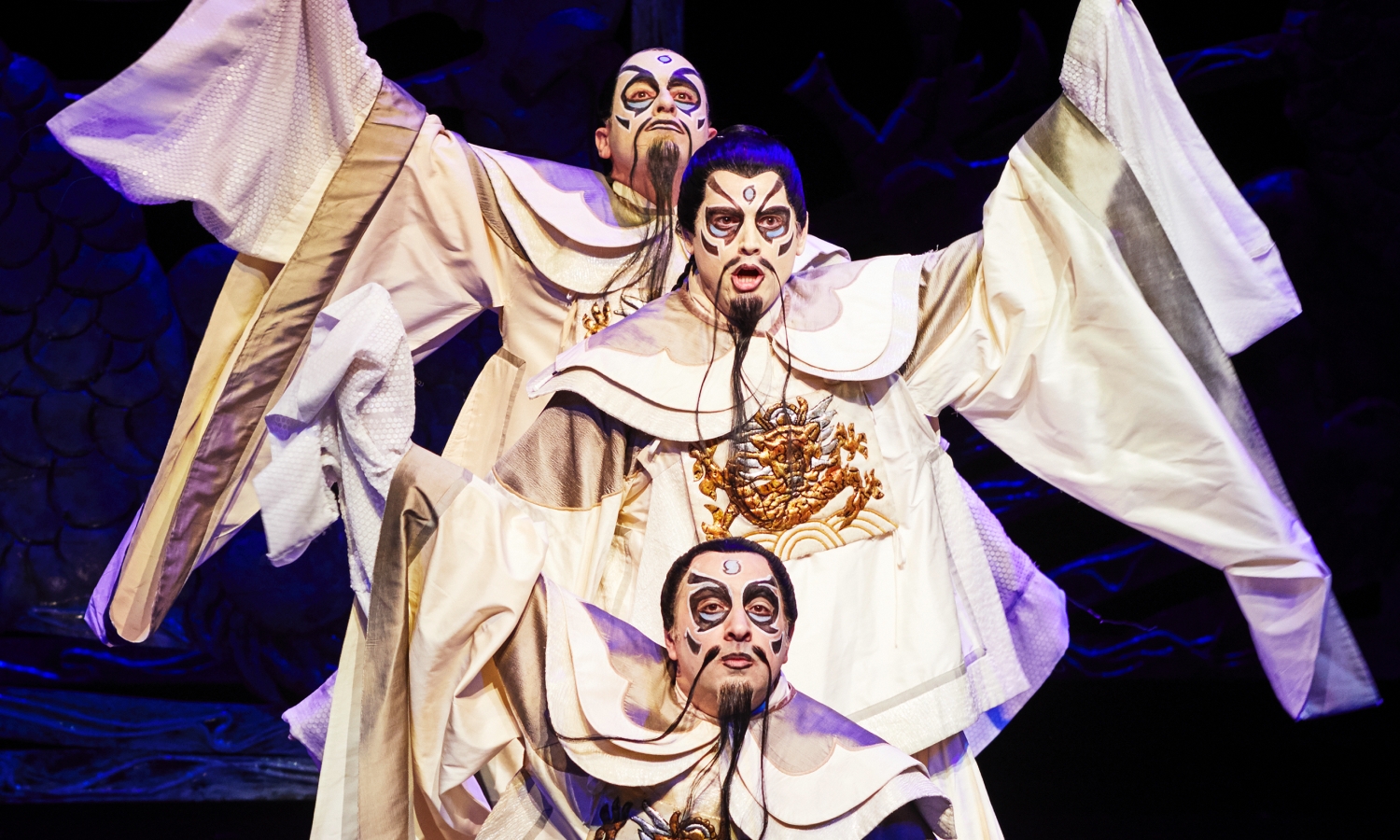 “After the challenging time we’ve all had but particularly Victorians, I am thrilled that we can return to Arts Centre Melbourne and present such fantastic productions for local audiences,” he said.

“Stacey Alleaume is truly becoming a shining star on opera stages all over the world, recently experiencing fantastic success in Austria and booking more international appearances for 2022, so it is important that she makes her in- theatre debut as Violetta in the town where she was born and bred.

“The magnificent calibre and variety of this season’s shows and performers hold appeal for everyone from opera fans to musical theatre buffs to arts newcomers. We at OA thank Victorians for their continued support and we look forward to bringing many more top quality productions to Melbourne audiences for years to come,” Terracini said.

The Australian premiere of director Olivier Py’s acclaimed co-production with Théâtre Royal de la Monnaie of Wagner’s epic opera Lohengrin will also take place in the State Theatre. Set in the ruins of Berlin during the aftermath of World War II, a cast of international powerhouse singers Emily Magee, Elena Gabouri, Roberto Aronica, Marco Vratogna and Daniel Sumegi tell this romantic tale of mythical proportions. Scheduled with Melbourne’s extensive Wagner fan base in mind, Lohengrin features beautiful music Wagner himself called “streams of gold”, sung by a huge chorus not to be missed.

In a second Australian premiere, Boito’s only complete opera Mefistofele will be presented in concert with one of the world’s most sought-after basses Ferruccio Furlanetto singing the title role. American soprano Leah Crocetto returns to Melbourne, after wowing audiences in Aida earlier this year, as Margherita, performing alongside Australian soprano Natalie Aroyan and Australia’s favourite tenor Diego Torre. 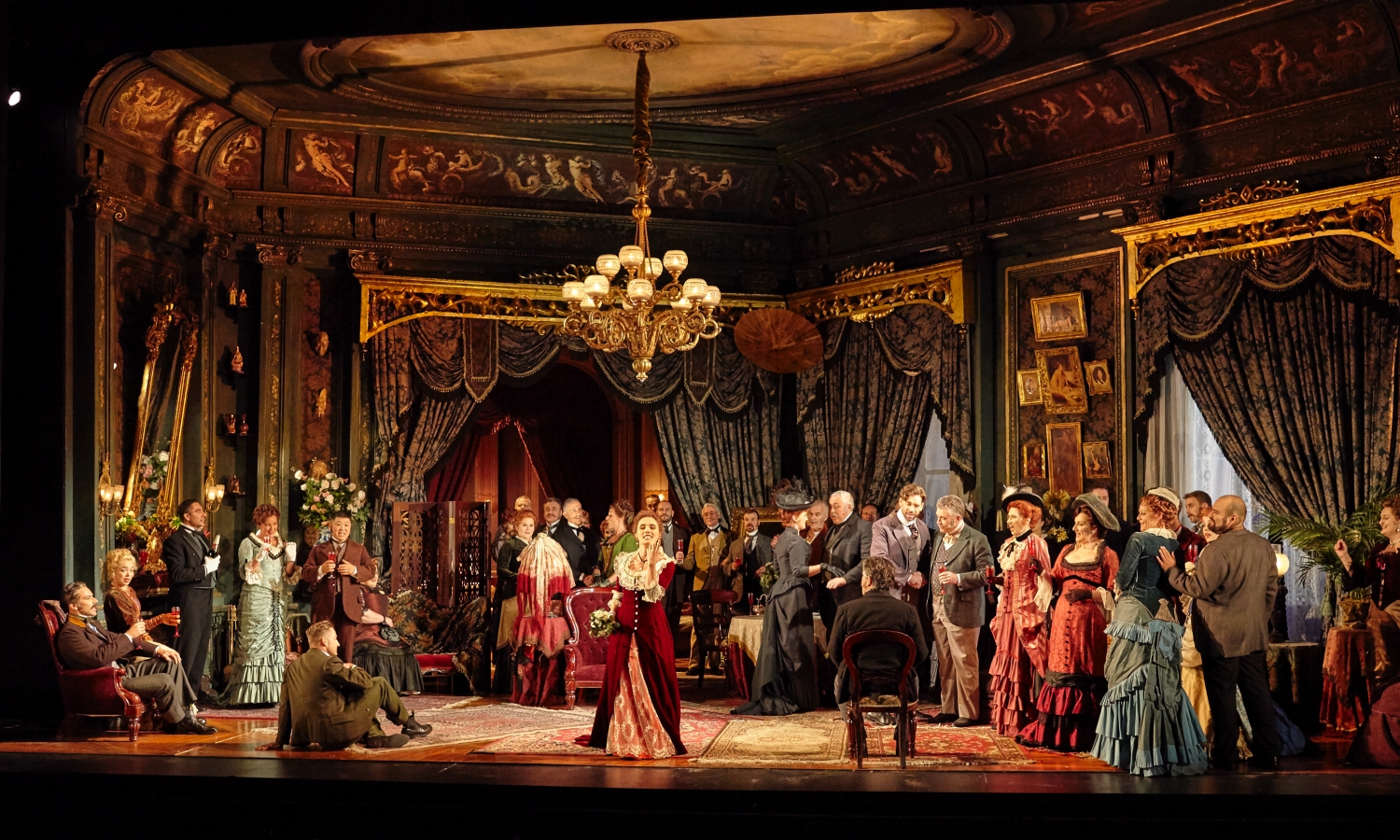 Ferruccio Furlanetto will also, for the first time in Australia, share the highlights of his 40-plus year long career in a one night only concert. Accompanied by international Russian pianist Natalia Sidorenko, Ferruccio will remind Melbourne audiences of his vast vocal range and thundering power with beloved bass arias from some of his greatest successes including Le Nozze di Figaro, Don Giovanni, Boris Godunov and Don Carlo and a range of composers such as Brahms, Mussorgsky and Rachmaninov.

Cameron Mackintosh’s new production of one of the most successful musicals of all time, Andrew Lloyd Webber’s The Phantom of the Opera, will deliver hit after hit from its musical score, featuring new staging and special effects, from the famous chandelier to the underground lake.

Like with New South Wales OA will continue its commitment to making opera accessible across Victoria by performing a new production by Kate Gaul of Mozart’s The Marriage of Figaro to schools around Victoria.