The new four times-weekly service from Doha to the airline’s second gateway in Greece commenced just one month ahead of the launch of its third destination in Greece, the popular island of Mykonos.

Qatar Airways Group Chief Executive, His Excellency Akbar Al Baker, said: “Qatar Airways’ new service to Thessaloniki will help reinforce links between the State of Qatar and Greece, and deepen the friendship and co-operation between our two great countries.

“Our second gateway in Greece, Thessaloniki is a major tourist destination all year round offering access to some of Greece’s most famous resorts.

“We are delighted to support Greece’s tourism industry by providing more global travellers the opportunity to visit this iconic city,” he said. 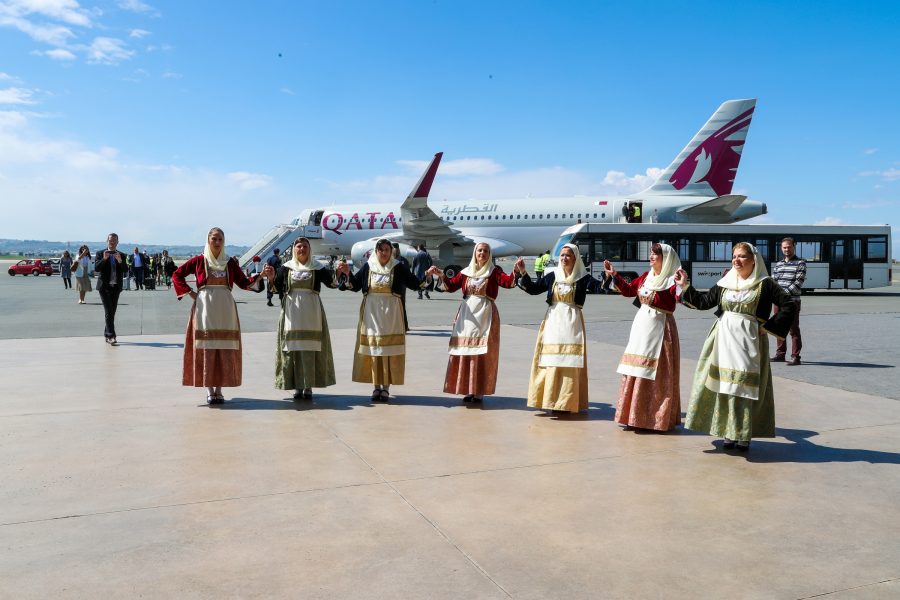 A traditional Greek welcome for Qatar Airways in Thessaloniki

Qatar Airways has been operating to Athens since June 2005, and in 2015 increased its service to the Greek capital from twice daily to three times daily to meet growing demand.

Flights to Thessaloniki are operated by an Airbus A320 aircraft, featuring 12 seats in Business Class and 132 seats in Economy Class.