You can now breathe fresh, clean air even on high pollen days thanks to the new Ionmax Selah air purifier.

With nearly one in five Australians experiencing hay fever or allergic rhinitis, a new, low-priced, portable HEPA air purifier could be the answer to 4.6 million people breathing more freely.

The Ionmax Selah ION360 UV HEPA air purifier from Andatech (AU$249) has five levels of air purification and 360-degree air sterilisation. It is compact, sleek and stylish, and covers an area of up to 15 square metres.

Even with its compact design, it has a pre-filter, a true HEPA filter, an activated carbon filter, UV-C light to kill 99 per cent of germs, viruses, fungi and bacteria, and an ioniser, which releases negative ions to freshen and balance the air, improving overall indoor air quality. 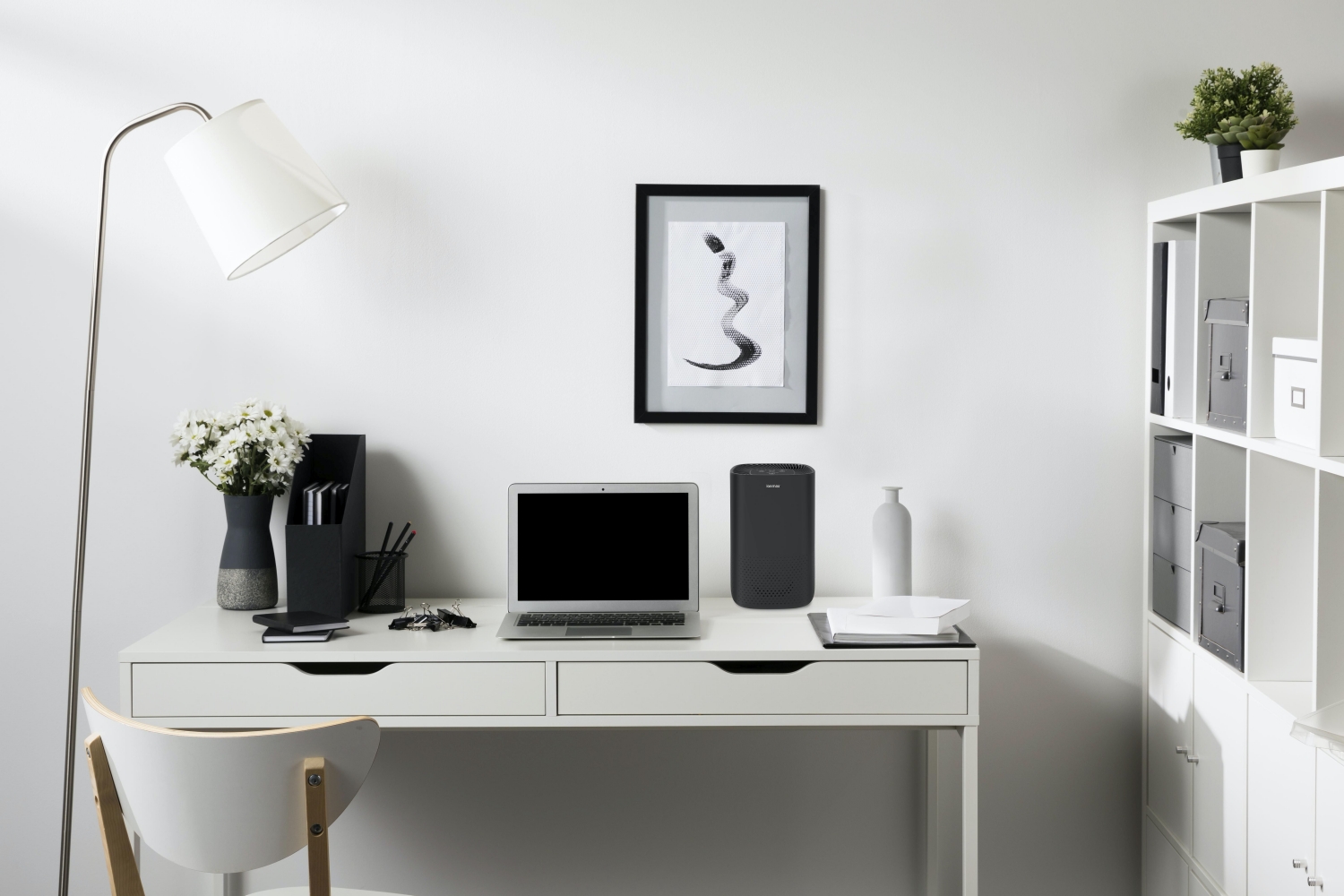 Allergy sufferers can be reassured that the HEPA filter traps 95 per cent of allergens down to 0.3 microns in size.

With a minimalist touch control panel and sophisticated matte black design, the Ionmax Selah air purifier adds a modern touch to any house, apartment and even the man cave, while efficiently cleaning the air. It weighs under three kilos and measures 20 cm (H) x 20 cm (D) x 33 cm (W) so is also perfect for a home office desk.

The Ionmax Selah has four fan speeds, an eight-hour timer, a filter replacement indicator and operates at a low noise level of 35 to 55 decibels, depending on the fan speed, which is low enough to use at night without disturbing anyone’s sleep.