Marriott International has signed two new hotels in greater Sydney as the company continues its rapid expansion in Australia.

The new-build Courtyard by Marriott Sydney, Auburn, and Four Points by Sheraton Sydney, Blacktown, are slated to open in 2023 and 2024 respectively and mark the planned expansion of the brands in Australia.

“During these unprecedented times, our ongoing goal remains to grow our business and to strengthen our offering in this region. With these signings in Auburn and Blacktown, we are doing just that, and strategically expanding our footprint into growth corridors outside Australia’s metropolitan areas.”

Courtyard by Marriott Sydney, Auburn is planned to be located at 93 St Hilliers Road, Auburn, within close distance to the Parramatta River, Sydney Olympic park and at the gateway to South-West Sydney sights, including the Royal National Park and the beaches of the South Coast.

Each of the hotel’s 203 guestrooms will be well-appointed, and guests will have access to a range of amenities, including an outdoor pool with a sun deck, and a modern fitness centre complete with sauna and steam rooms. 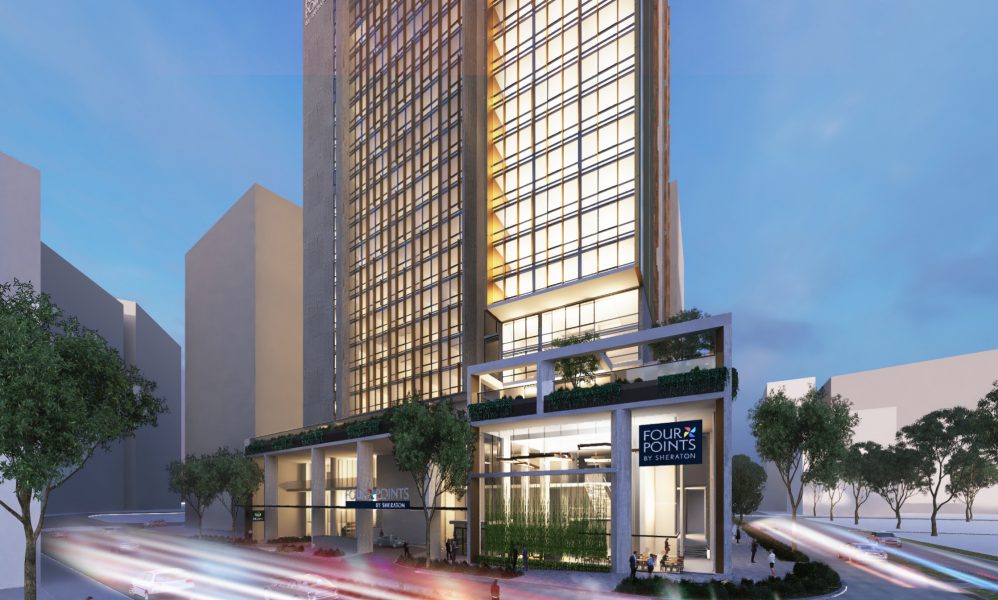 It will also feature several of the Courtyard by Marriott brand’s signature amenities: The Bistro, an all-day, fast-casual restaurant featuring live stations, a collaborative lobby lounge space, for guests to unwind, relax and socialise as they please and the 24/7 Market – a grab and go café serving bakery items and pastries. For meeting and event planners or those travelling on business, 370 square metres of meeting and event space will be on offer to accommodate intimate meetings or larger conferences.

“We’re thrilled to expand the Courtyard by Marriott and Four Points by Sheraton brands here in Australia. Both are well-established in the market, and are favoured amongst business and leisure travellers both locally and globally for their smart design, modern amenities, genuine service and for delivering travellers what they need while on the road,” said Marriott International Area Vice President, Australia, New Zealand and the Pacific, Sean Hunt.

“We’re pleased to be able to announce these signings during what is an anomalous situation in the travel and tourism industry. It will be an exciting new era for Marriott International as we grow our footprint beyond the capital cities and out into more metropolitan areas.”

In addition to 206 comfortable guestrooms, the hotel will feature an all-day dining venue, a grab and go café featuring coffee and pastries and a lobby lounge space to kick back and relax over a local craft beer – the Four Points by Sheraton brand is known for its Best Brews program, which sees local craft beer on tap at each of its hotels around the world, giving guests an authentic taste of their destination, no matter where their travels take them.

An outdoor pool and spa and modern fitness centre featuring a sauna and steam rooms will help active guests maintain balance while on the road. Meeting and event planners or those travelling on business will enjoy 414 square metres of function space that can host both small and larger events. In keeping with the Four Points by Sheraton brand, classic design will mix with modern touches throughout the hotel, allowing guests a comfortable space to work and play.