Enlisting Sydney’s most celebrated seafood mogul, Josh Niland, the Kraken Black Spiced Rum is about to elevate your BBQ to be a little more beastly, brash, and flavoursome.

Bottling the sentiment of every woman and man and their ungreased grill plate, the iconic dark spirit has unveiled a range of limited-edition meat products to pair with their new premix varietals; ​Kraken and Dry, and ​Kraken and Cola​.

Inspired by their inky, untamed friend, these bespoke butcher products are a BBQ lovers guide to spicing up the summer season in true Kraken style. 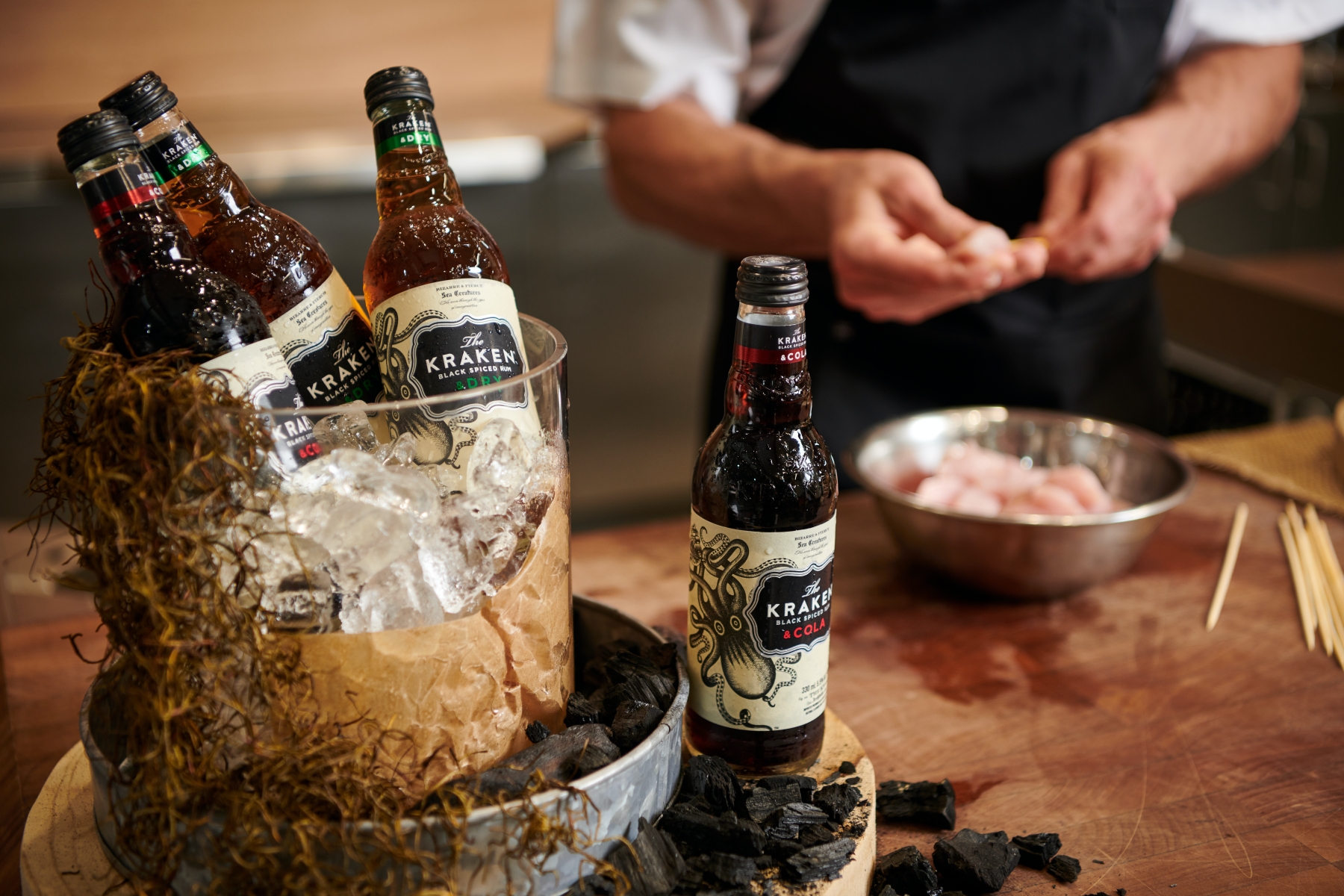 As the highly acclaimed chef and co-owner of Paddington seafood eatery, Saint Peters and artisanal fishmonger, The Fish Butchery, Niland has quickly risen to fame after pioneering a ‘fin to gill’ approach to seafood cookery.

Inspired by the intensity of the Kraken Rum’s premix flavours profiles, Niland has developed an entirely new and edgy product; hot smoked murray cod tacos finished with a glaze made from The Kraken Black Spiced Rum.

On a quest to showcase that seafood is so much more than just a humble beer-battered fish; this bespoke butcher product aims to innovate by merging bold Kraken flavours with delicate murray cod meat. 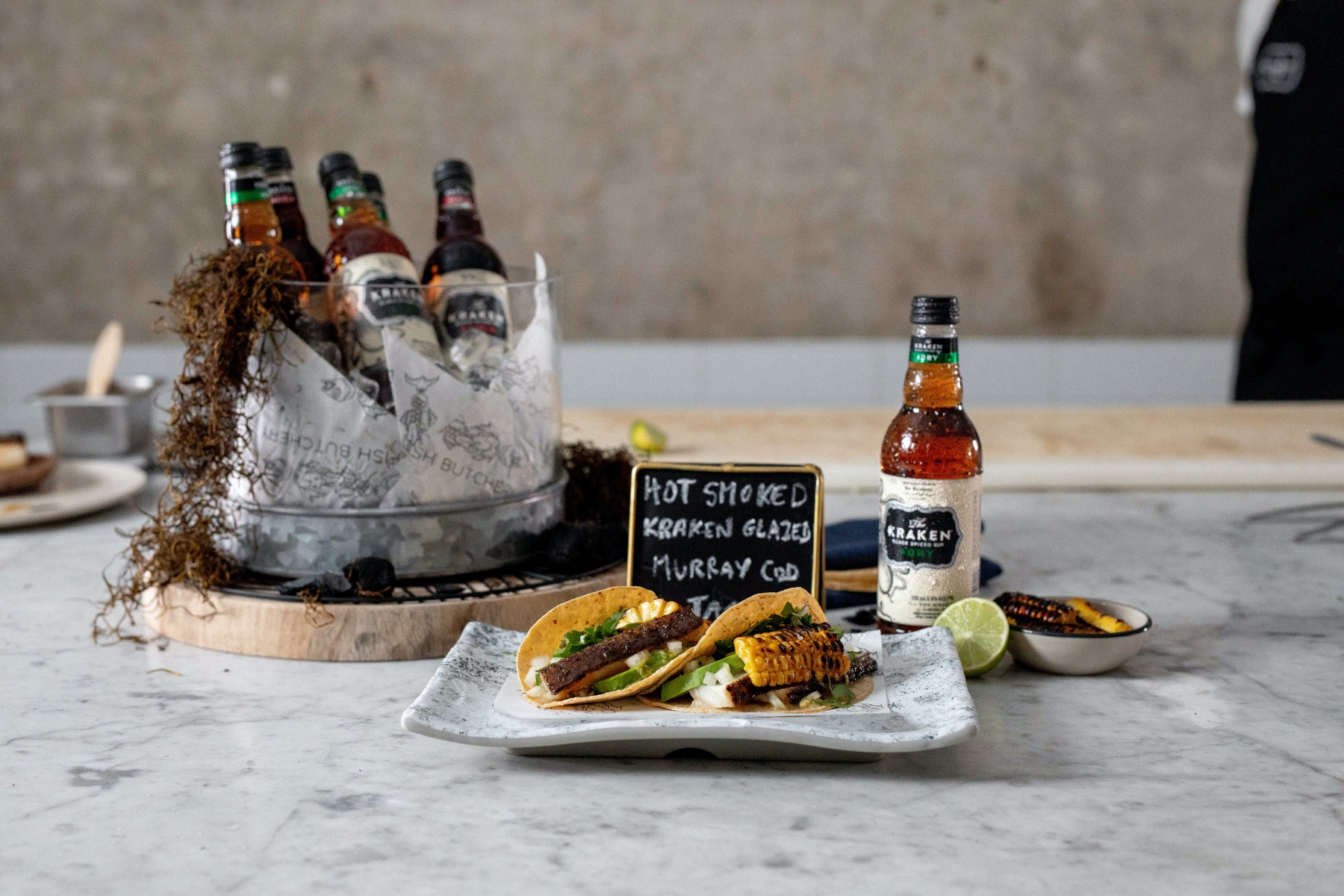 Niland represents one tentacle of the Kraken trio, with a couple of highly skilled accomplices also wrangling some wayward flavours into their butchers cabinets across Australia for a limited time only.

Only the best for all The Kraken hunters hiding on the west, Gavin Olsen has developed a butchers bundle including pork sausages, jerk chicken kebabs and brisket burgers for Perth locals to enjoy with Kraken premix.

​Kraken and Dry ​and ​Kraken and Cola​ are available as a gift with purchase, otherwise shop the full range at BWS, Dan Murphy’s, Liquorland, First Choice Liquor and a range of independent retailers.