Located next to the intersection of Toorak Road and Chapel Street in Melbourne’s cultural hub of South Yarra, Ovolo South Yarra blends past, present and progressive, as a place where retro chic and pop art collide.

“Ovolo South Yarra will set the scene for an extraordinary hotel experience embodying Ovolo’s philosophy of connecting with its customers emotionally and will complement the local cultural scene through its art, design and unique restaurant concept,” said Girish Jhunjhnuwala.

The hotel is home to 123 rooms ranging from micro-hotel rooms to Rockstar Suites named after the era’s most iconic, lyrical lovers – take a guess. Taking its design cues from the days of disco, rock gods and retro glamour, the vibe is bold, creative and unpredictable. 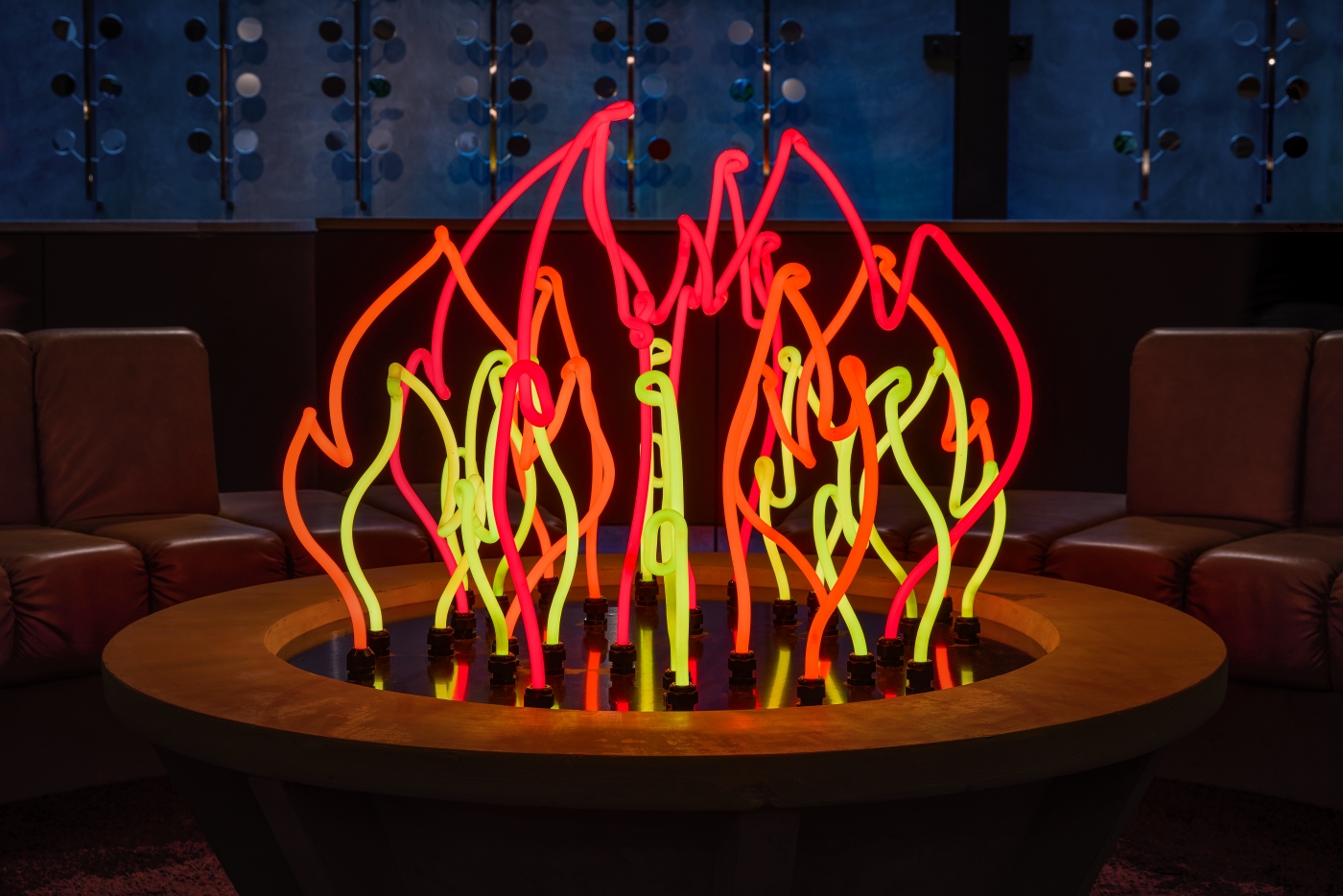 Designed with long-term collaborators of Ovolo, award-winning designers Luchetti Krelle, Ovolo South Yarra infuses retro-plush, with accents of chrome and colour, it is a heady mix of ‘mod’ and retro futurism.

The tension between past and future is appropriated with integrated modern art installations and collaborations with local and international artists such as Mr Brainwash, Punk Me Tender, and Australian artist Ben Tankard.

“Retrofuturism explores the themes of tension between past and future and the nostalgia of those eras is appropriated with integrated modern art installations and collaborations with local and international artists,” Luchetti said.

On entry, experience raw brutalism and monolithic forms, such as a domineering concrete reception desk worth the weight of two elephants or 6 tonnes, and a central fireplace with bright orange flue. A vast internal lightwell, admired from the Lobby or internal rooms, serves as the heartbeat of the hotel. 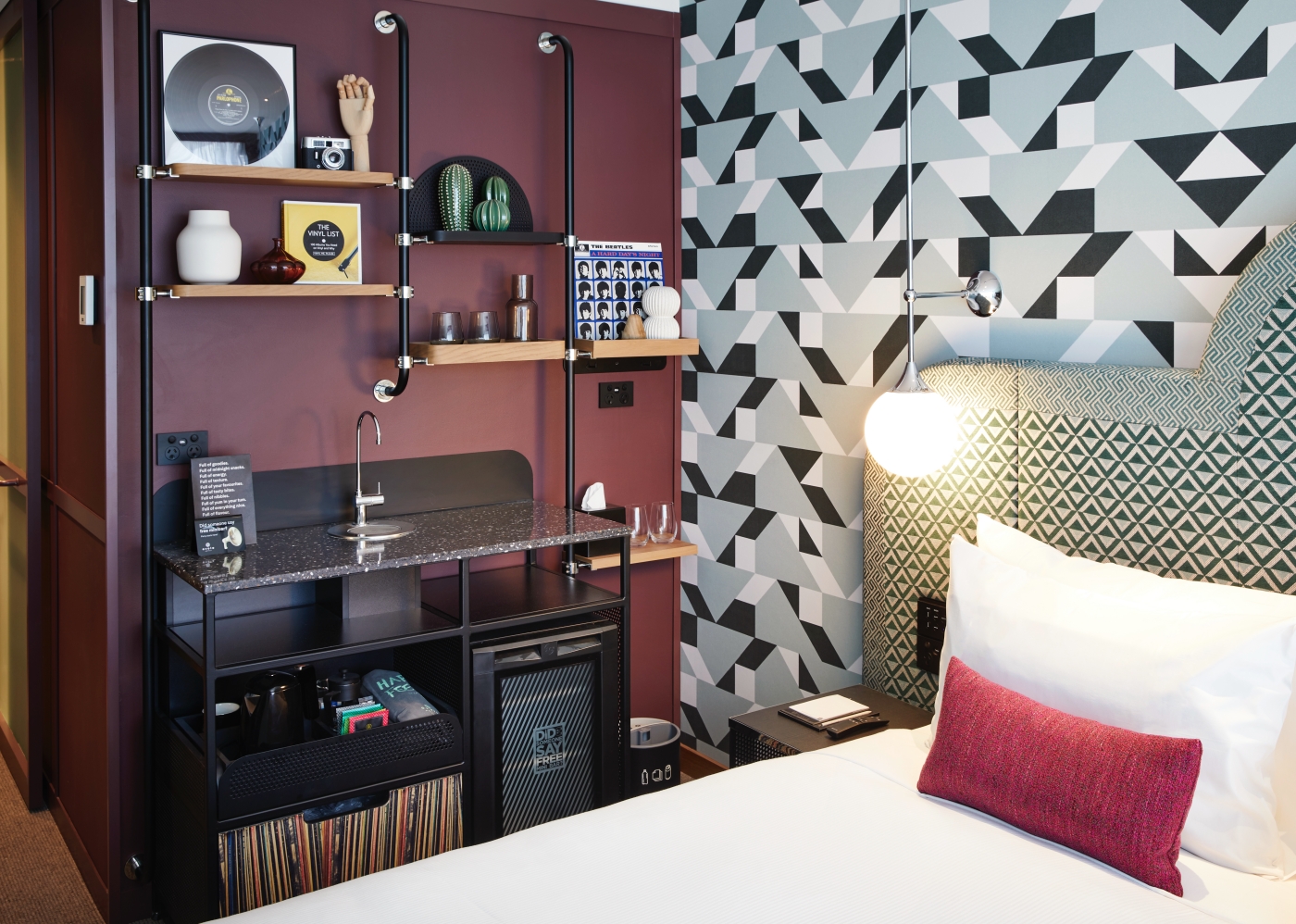 The largest lightwell in Australia, showcases a digital art display, a throwback to golden era of 8-bit arcade games, and simplicity of a lower resolution world.

A rebellious renaissance from root to stem, sustainably crafted to be shareable, seasonal and flavourful, Latin fare and bistro dining collide against the norms of the classical medley you know of vegan and vegetarian dining.

Wayfarer TV: Virgin Australia's Lounges have all now re-opened across the nation

Qantas to launch flights to Norfolk Island from the east coast