Fiji Airways’ first A350 XWB has rolled out of the Airbus paint shop in Toulouse, France featuring the airline’s signature livery.

The aircraft, an A350-900, will be the first of its kind operated by an airline in the Australasia and South Pacific region.

The aircraft will now proceed to the final phase of the assembly process, with the installation of engines followed by ground and flight tests, before delivery to Fiji Airways later this year.

The Airbus A350 will feature 33 Collins Aerospace Super Diamond, fully lie-flat Business Class beds, with each offering direct aisle access. While Economy Class will feature 301 Recaro CL3710 seats, which are ranked among the most comfortable long-haul economy class seats on the market. 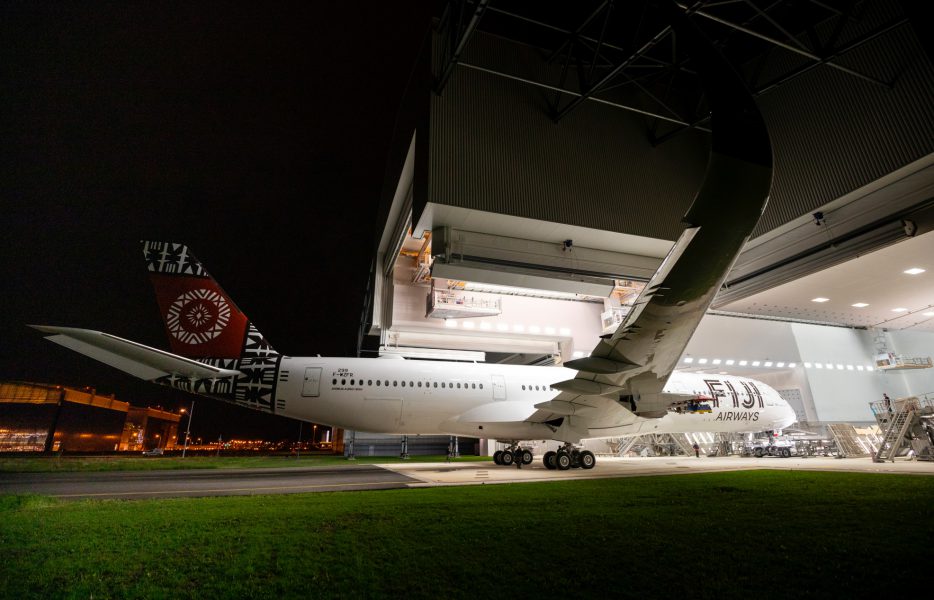 The aircraft will be deployed to enhance existing long haul services from Fiji to Australia and the USA – primarily on the Sydney-Nadi-Los Angeles route – and to provide the opportunity to open additional routes.

The aircraft marks one of two new A350 XWB which will complement Fiji Airways’ existing widebody fleet of six Airbus A330s, with the second delivery set for December this year.

There are 257 Airbus A350s in the skies around the world today, flown by 24 operators. These include Fiji Airways’ partner oneworld airlines: Cathay Pacific, Finnair, Iberia, Malaysia Airlines and Qatar Airways. Other A350 operators include Hong Kong Airlines, Lufthansa and Singapore Airlines.