After several years in the making, QT Newcastle has welcomed its first guests, generating much excitement in the local community and beyond.

“We’ve got a lot of locals coming to stay – from Newcastle, Hunter Valley – and interstate, which is fantastic to see,” QT Newcastle General Manager, Michael Stamboulidis, told Wayfarer.

“We were close to filling the hotel for the long weekend and forward bookings are really holding strong. There’s a lot of interest at the moment and there’s a lot of positive sentiment as well.” 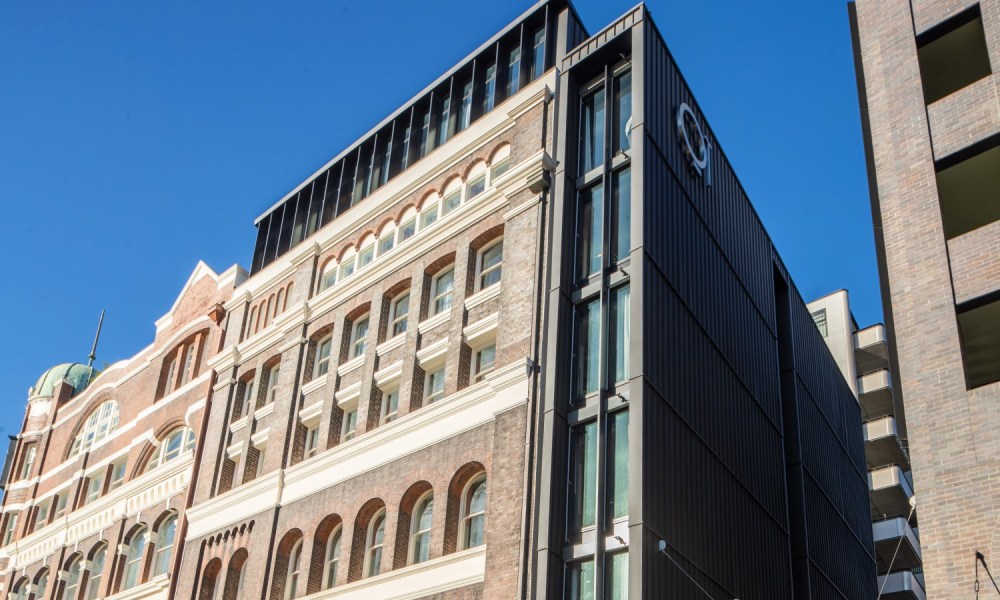 A cornerstone of Iris Capital’s AU$700-million reinvigoration of Newcastle’s East End precinct, the hotel is housed within the 113-year-old former Scotts Limited and David Jones building on Hunter Mall.

While modern and luxurious in style, the hotel has been designed with careful consideration for the heritage building’s facade. 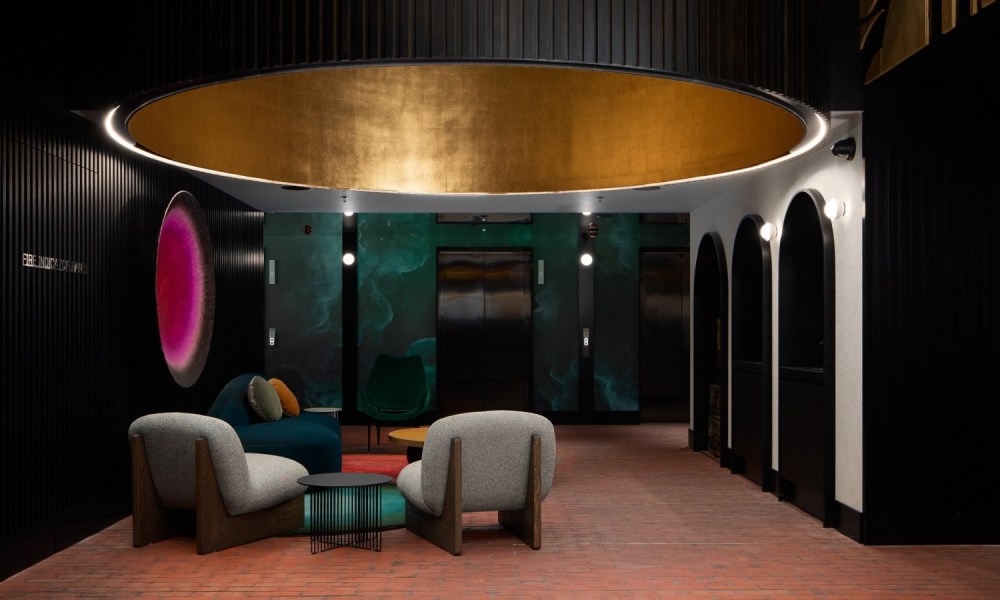 “It has been rejuvenated and repurposed with brand new windows that match the old style,” he told Wayfarer.

The QT design team, in collaboration with Nic Graham, wanted to reflect Newcastle’s rich history and celebrate the coastline and city surrounds with varying colours and textures, and nods to the past through repurposed materials from the original building. 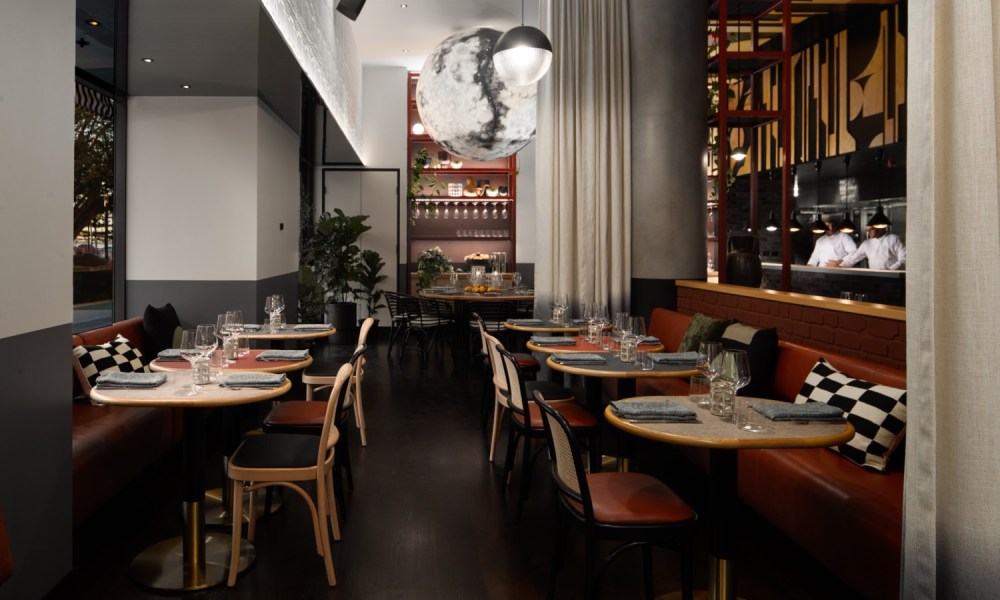 “It’s really leaning into that history of Newcastle,”

“You’ll see rich reds throughout the entire hotel, reflecting the coal and mining era, and beautiful artwork which resembles Merryweather Beach and the local coastline.”

The hotel features 104 guest rooms and suites, each with unique industrial textures and furnishings.

“No two rooms are the same,” Stamboulidis said.

“You could stay here 104 nights and you will get a different experience every single occasion.” 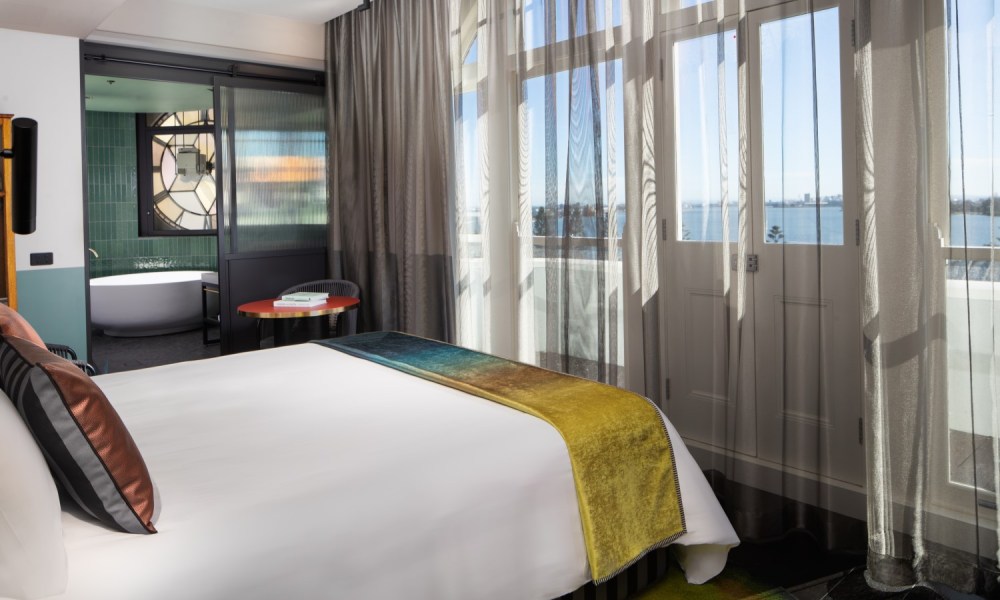 QT’s brand proposition, ‘Expect the unexpected’ is highlighted through the guest experience from the moment guests enter and are greeted by QT’s famed ‘Directors of Chaos’.

“We love to have theatre behind what we do, whether it’s food, beverage, checking in – and to really showcase that genuine approach when it comes to being hospitable,” Stamboulidis told Wayfarer. 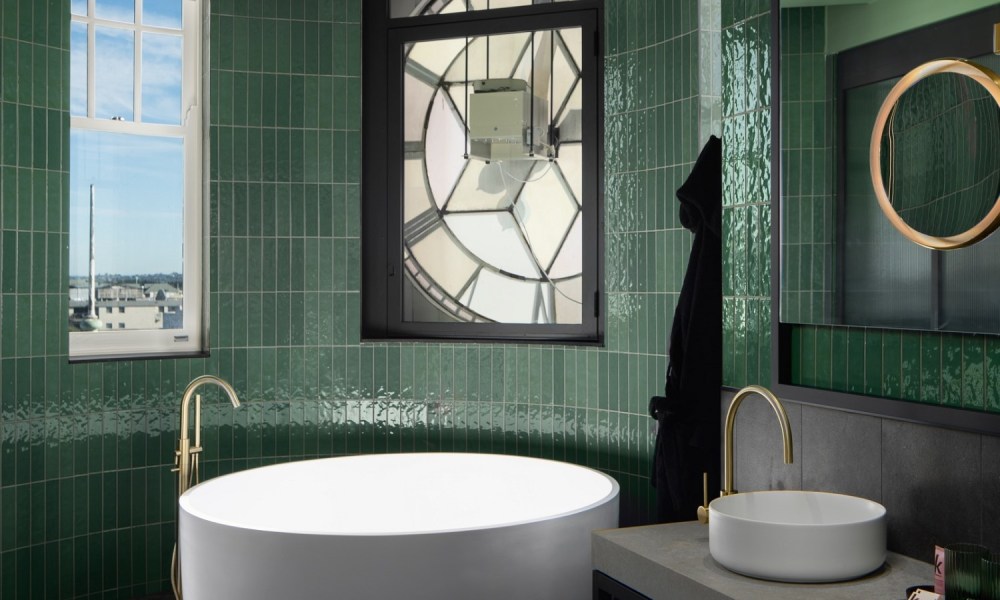 “We really try to personalise that experience, [picking up on] subtle hints where we can get to know our guests and use that knowledge to then elevate the service throughout their stay.”

The property’s food and beverage offering includes signature restaurant Jana, led by award-winning Executive Chef Massimo Speroni, and a rooftop bar with views across the harbour. 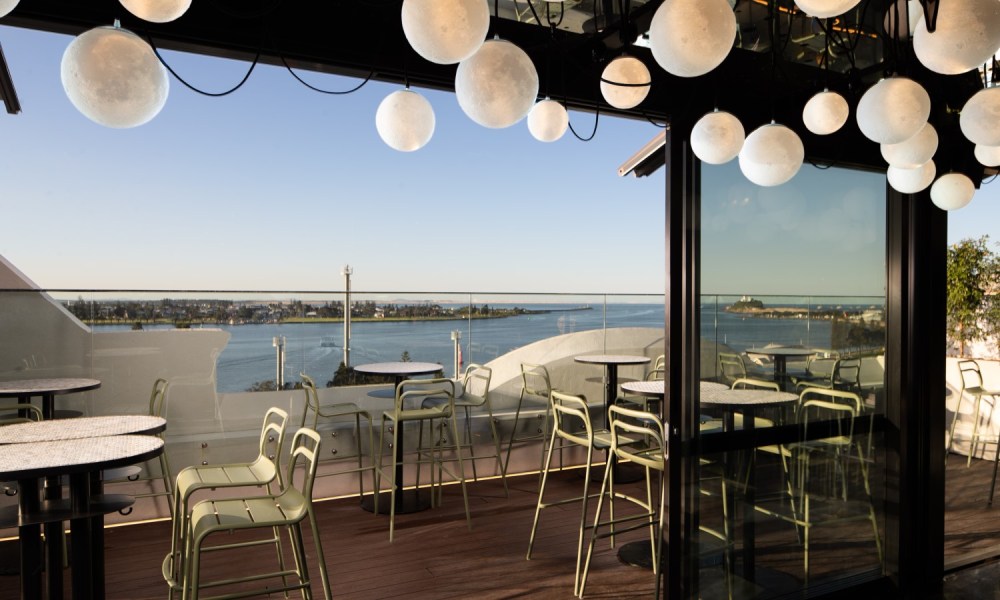 The hotel does not serve any bottled beer – an effort to reduce waste – and uses pump action bottles in favour of single-use amenities. Local produce is also favoured from an F&B perspective.

IRIS Capital’s Chief Executive Officer Sam Arnaout said Newcastle is undergoing rapid growth and is “on the cusp of a new era of culture”.

“QT Newcastle will be the centrepiece of the new East End village, forming part of the city’s future as a place for cutting edge innovation, with the charm of a beachside regional town,” he said.