The rocking Young Henrys team have debuted their newest Brewers B-Side release, ‘Dark Sour of the Moon’, which is now available at their tasting room, online store and selected liquor stores.

Young Henrys Brewer, Neal Lucas, said with this limited edition Dark Blueberry Sour beer he wanted to “differentiate a beer from the typical kettle sour, while still maintaining drinkability in a new style”.

The Brewers B-Sides series are what the Young Henrys team call the “alternative tracks to our hit singles”, which provides an opportunity for brewers have “the chance to get weird and experiment with flavours, while shedding light on the legends who make them.” 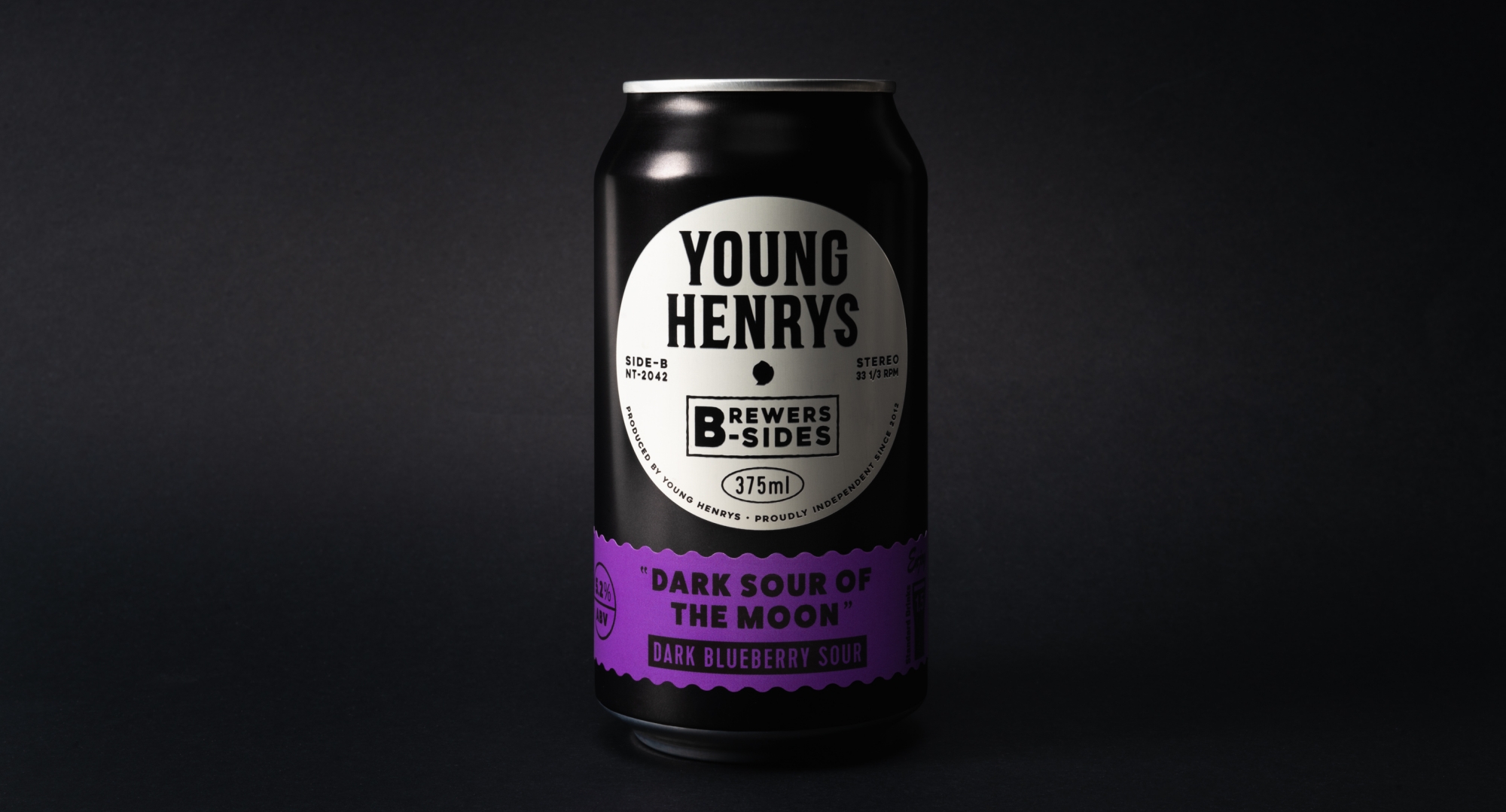 Lucas said this Dark Blueberry Sour “pours a gorgeous brown hue with a flavourful tartness” and the addition of several specialty Malts “adds a spectrum of biscuity characters presented on the nose, balanced with a healthy dose of Australian blueberries”.

Dark Sour of the Moon is the first Brewers B-Side to be released in cans, following the lead of Young Henrys’ popular core range. The brewery said it made the switch to tinnies back in 2016 as their favoured packaging product.