Top British brand Liberty London has created an exclusive range of washbags for customers flying in First with British Airways.

The new Liberty London First washbags first appeared on board from January 7, 2017 and throughout the year further print designs will be added to the collection, giving British Airways customers the opportunity to enjoy even more of Liberty London’s iconic style.

Troy Warfield, British Airways’ director of customer experience, said: “Liberty London is an iconic British brand so it’s fantastic to work in partnership with them to offer our customers flying in First the very best and most eye-catching washbags in the sky.

“We’re sure that the washbag’s contemporary design, featuring some of Liberty London’s most beautiful prints, will make them highly sought after and a collector’s item in their own right. “They perfectly compliment British Airway’s stylishly understated First cabin to enhance the travelling experience for our First customers.” 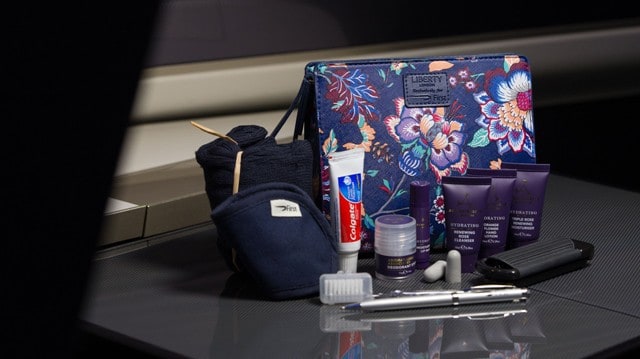 Prints for both the men and women’s Liberty London washbags were chosen to reflect British Airways’ own colour scheme and contain a range of carefully chosen skincare and well-being products provided by Aromatherapy Associates, respectively.

Initially the new Liberty London wash bags will be introduced on British Airways’ A380 Heathrow to Los Angeles red carpet route and then they will be offered to customers flying in First on the rest of the airline’s worldwide network. 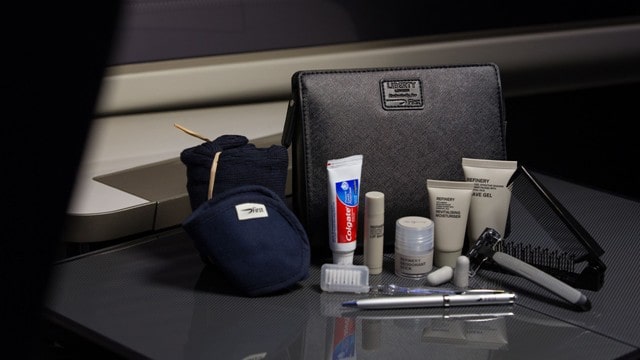 Customers flying in First with British Airways can enjoy dedicated check-in desks and Fast Track access to a network of exclusive luxurious lounges around the world – including the prestigious Concorde Room in London’s Terminal 5 and New York’s Terminal 7 – to relax, dine and drink fine wines and champagnes before their flight.

Once on board they have their own private, spacious suite, with a fully flat bed, complete with mattress and a crisp white cotton duvet to sleep during their flight. Or they can unwind watching thousands of hours of the latest movies and TV shows thanks to British Airways High Life Entertainment on widescreen TVs, and enjoy delicious five star in-flight dinning served by attentive cabin crew at 35,000 feet.