A new codeshare agreement partnership between American Airlines and Aer Lingus has taken flight, with a seamless travel experience now in place for travel between the United States and Ireland.

“We are excited to extend our relationship with our newest joint business partner, Aer Lingus, with this codeshare agreement,” said American’s vice president of Alliances, Anmol Bhargava.

“Through our trans-Atlantic joint business, customers have more choices to key destinations in Europe and now, Ireland.”

Further expansion of the codeshare is also planned in the near future, according to the carriers.

“After almost two years of restricted travel we know that demand for dream vacations, business travel, and reconnecting families and friends in 2022 and beyond will be stronger than ever,” said Aer Lingus’ Chief Strategy and Planning Officer, Reid Moody.

“We are delighted that through the codeshare agreement with American Airlines, Aer Lingus customers will be able to avail of greater connectivity options and more seamless travel between the U.S. and Europe via our Dublin hub, which also has the added benefit of US Customs & Border Protection (CBP) pre-clearance located in Dublin. 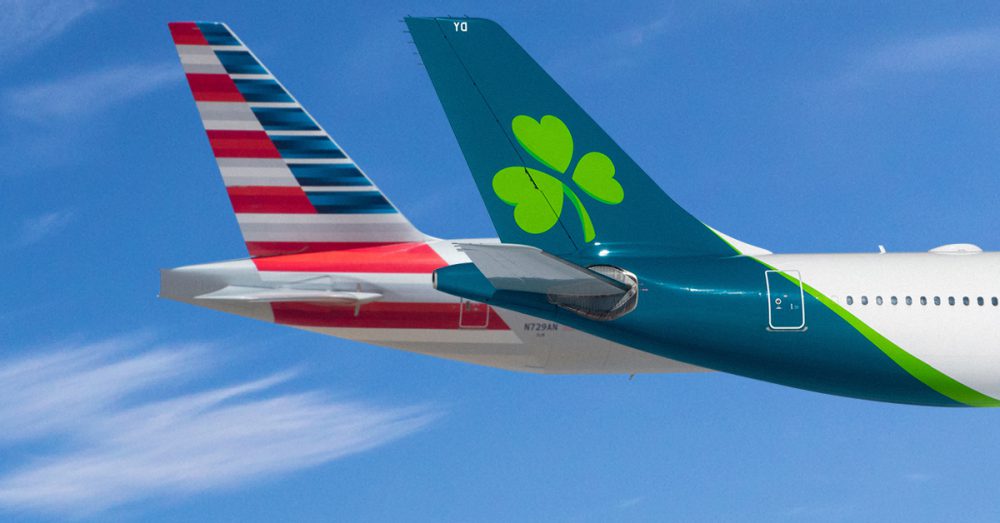 “[The recent] decision by the Irish Government to remove pre-departure COVID-19 test requirements for double-vaccinated passengers is more welcome news for those planning to travel.

“We look forward to extending our warm Aer Lingus welcome to more and more customers in the months ahead.”

Aer Lingus joined the Atlantic Joint Business (AJB) between American, British Airways, Iberia and Finnair last year and the carriers say the AJB has brought significant benefits, such as lower fares and easier journeys to more destinations with better aligned schedules and frequencies, to millions of passengers since its launch in 2010.