Event Hospitality and Entertainment has revealed announced it has entered into a management agreement to operate a new Rydges Hotel on the Wharf at Port Adelaide.

Sitting on the last remaining, largely undeveloped heritage port area in any Australian capital city, Rydges at the Wharf Port Adelaide will open with 180 rooms, conference and meeting facilities and a locally inspired restaurant and bar.

With a prime waterfront location on the banks of the Adelaide River, Rydges at the Wharf Port Adelaide will be the closest hotel to South Australia’s high-tech defence industry delivering the $50 billion Attack class Submarines and $30 billion Hunter Class Navy Frigate program.

The hotel will also service the nearby Technology Park and Edinburgh Defence precinct as well as the other 7,000 businesses spread over 7,000 hectares of employment land surrounding Port Adelaide.

Hospitality & Entertainment Director of Hotels and Resorts, Norman Arundel, said: “We are thrilled to be working with CK Property Group to deliver this outstanding hotel. With the growing Defence and Tourism sectors, there will be strong demand for this project and we look forward to Rydges becoming an integral part of the local community.

“EVENT has enormous enthusiasm for South Australia’s vibrant Tourism and Travel sector. We recently opened the highly successful Atura Adelaide Airport and have also announced the QT brand will be coming to Adelaide. Rydges at the Wharf Port Adelaide will be our third Rydges Hotel in South Australia.” 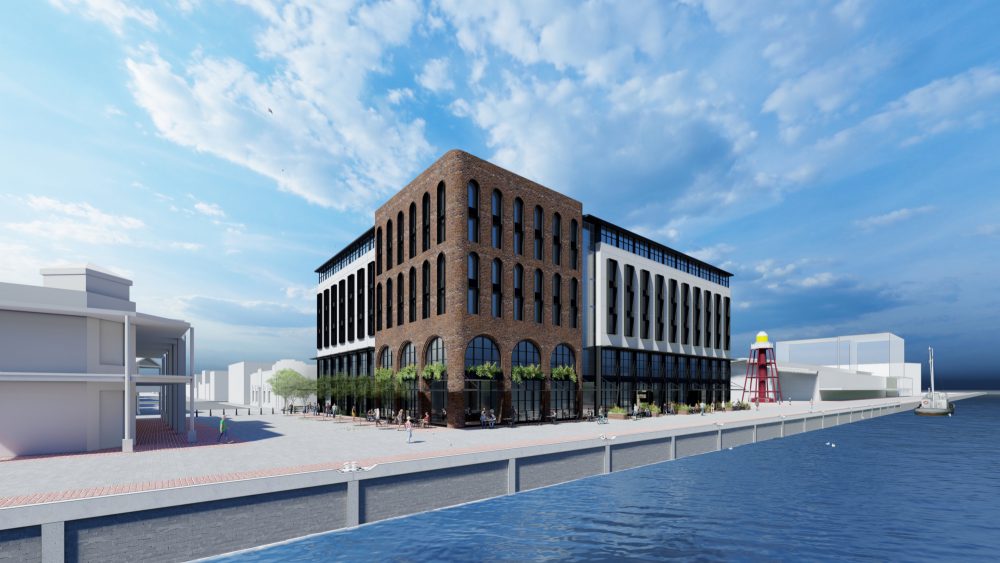 South Australian Tourism Commission CEO, Rodney Harrex, said the announcement was a major boost for the ongoing renewal of Port Adelaide. “We are very proud of our relationship with the CK Property Group and Event Hospitality & Entertainment and their commitment to invest in South Australia.

“Port Adelaide is seeing tremendous growth in business and leisure investment. We look forward to working with the team at Rydges at the Wharf Port Adelaide to support this new accommodation development,” he said.