Qatar Airways launched its new QSuite Business Class product in early 2017 and the airline’s CEO, His Excellency Akbar Al Baker, promised it would revolutionise travel across the globe.

He has certainly come through on his promise because QSuite has become a first class product in business class and it is an experience that right now that is one of the best in the sky.

The QSuites feature sliding doors, which means if you are travelling alone, as a couple or as a family of four, it is the most ever privacy ever seen in a business class cabin. 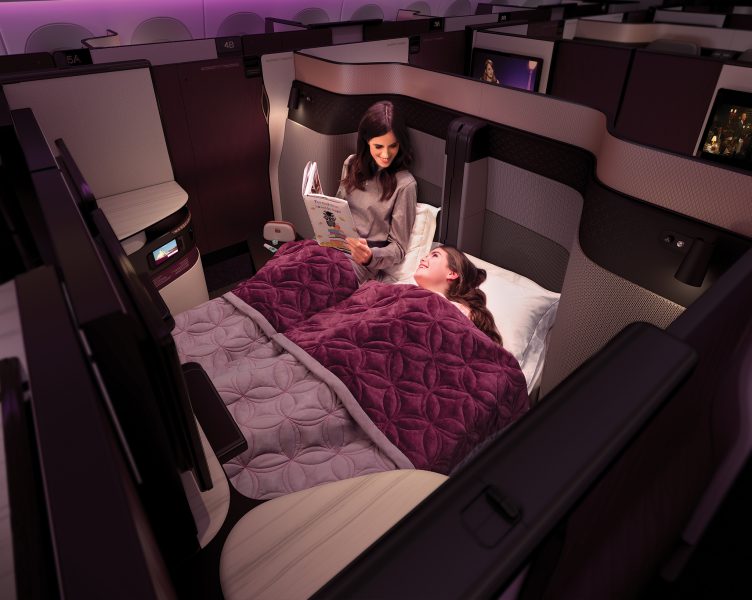 One of the best features is the media panel, which includes an all-access power port, alongside USB, HDMI and NFC capabilities.

The media can be played back on high definition large screen televisions, which feature over 4,000 entertainment options.

When you couple that with the airline’s new super high-speed WiFi, you’ll be online, powered up and entertained for the whole flight.

When it comes to eating, Qatar Airways offers a dining on demand service that consists of both Arabic and Western Dishes. A number of fine wines are available onboard, including premium French champagnes and impressively, a number of Australia’s best wines. 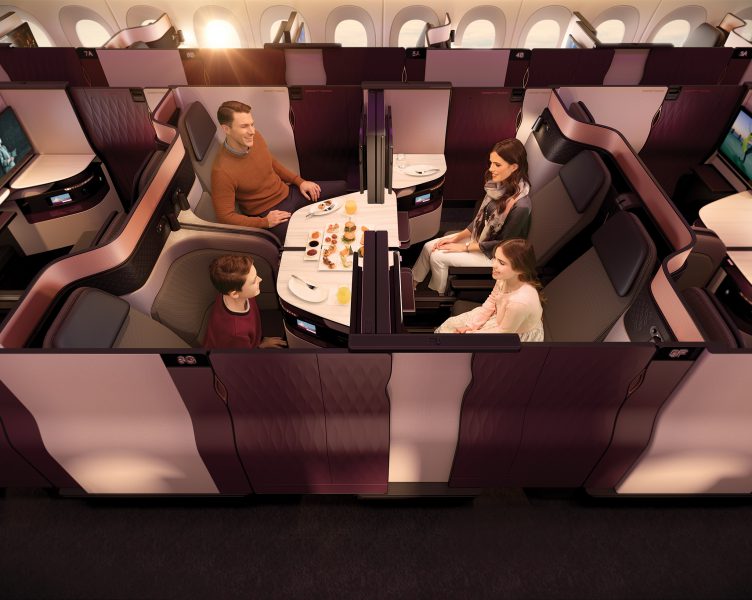 On long haul flights, you’ll find a bespoke turn down service complete with pillows, a quilted mattress and a soft, plush duvet.

While the cabin crew make your bed, you’ll be hopping into some sleepwear from the White Company before freshening up with some Castello Monte Vibiano skin care products.

The service from cabin crew is extremely impressive and it adds up to an exceptional experience in the sky.