When it comes to legendary hotels, Raffles Singapore is truly one of the greats.

The luxury hotel first opened in 1887 and over that time it has become a National Monument and a treasure for Singaporeans. And it has never looked better.

The hotel re-opened in August 2019 after a careful and sensitive three-phased restoration, which began in February 2017, and firmly saw a legend re-born.

The revitalised Raffles Singapore, with its famed butler service, offers 115 suites across nine distinct categories, including some exceptional Presidential Suites, along with an all-new Raffles shopping arcade loaded up with bespoke brands, a luxurious spa and an amazing array of restaurants – in collaboration with globally-renowned chefs Anne-Sophie Pic, Alain Ducasse and Jereme Leung – and cocktail dens, including a reimagining of the legendary Long Bar, famous for the Singapore Sling. 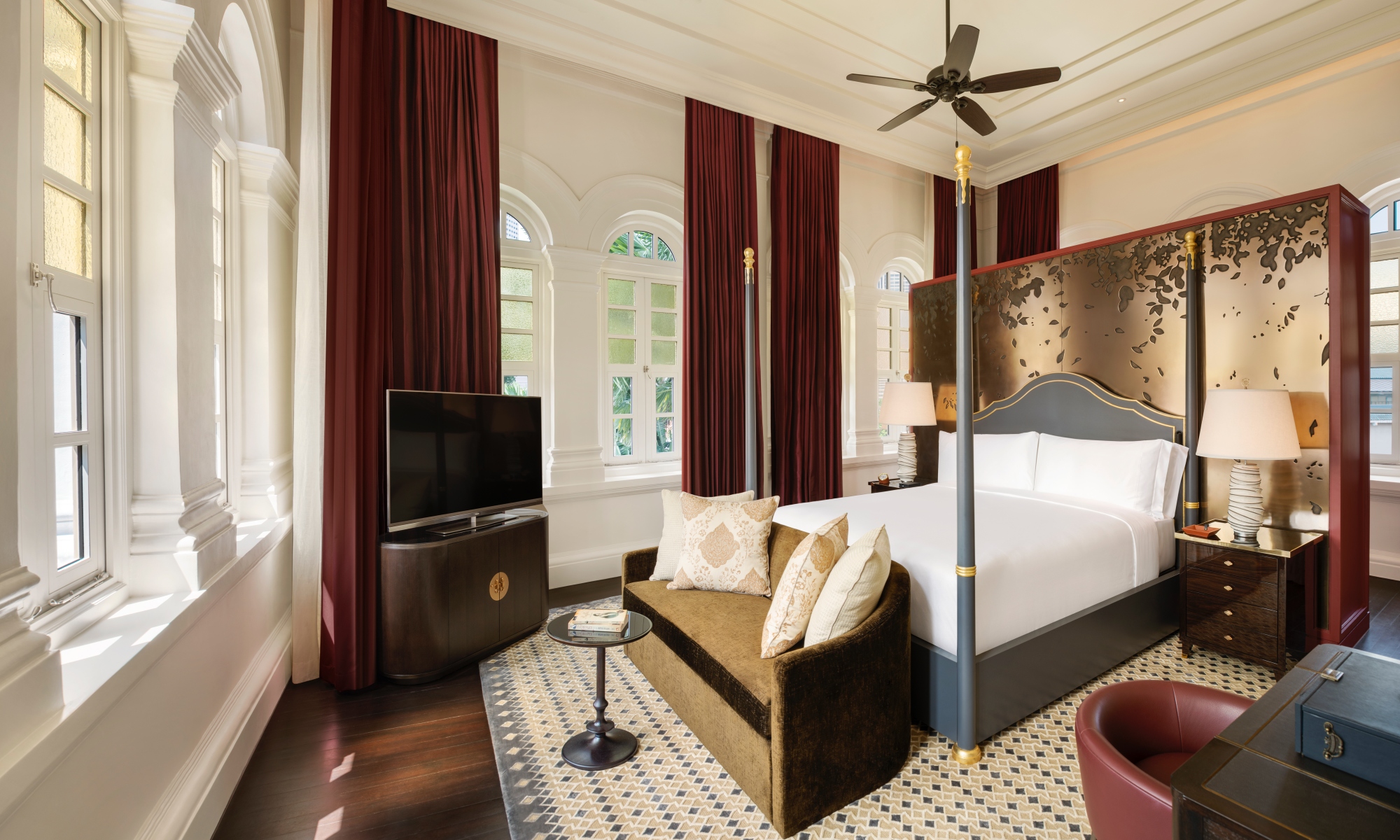 Raffles Singapore was the star attraction a popular episode of Wayfarer (Episode 21 of Series 2) released this year, one that takes you inside the legendary hotel to see its incredible transformation.

To view the episode – where Wilkinson also heads to hot new Singapore eatery Cloudstreet helmed by the brilliant Rishi Naleendra, and checks out two of the city’s best bars, Native and Le Bon Funk – click on the YouTube image below.

Each episode is an essential guide to the city for business and leisure travellers and is being broadcast on wayfarer.travel and YouTube on a weekly basis.

Wayfarer flew to Singapore with British Airways. The great British airline flies daily to Singapore and the author recommends flying in Club World (Business Class), which features flat-bed seats, hundreds of hours’ entertainment on demand, a great selection of wine and some of the best meals in the sky.