The popular Wayfarer Executive Travel and Lifestyle brand has expanded, with the launch of a new bi-monthly digital magazine today.

On the back of Wayfarer’s popular global television show, website and weekly newsletter, the brand stable now includes a digital magazine published six times per year featuring executive travel and lifestyle news, features and reviews from across the world.

Wayfarer Executive Travel and Lifestyle magazine Editor-In-Chief and TV show Host, James Wilkinson, said the publication would be distributed to the brand’s audience of 75,000 executive travellers and the launch of the digital magazine was on the back of demand for a high-end, stylish and informative publication for the business travel market.

“We have seen increasing demand for our newsletter on a weekly basis and quite a number of subscribers have asked if we would produce a publication,” he said.

“There is a clear demand for a stylish executive travel magazine both here in Australia and across the world and we look forward to delivering a bi-monthly product tailored to the business travel market.

“In every issue, we will include the latest airline and hotel reviews and news, as well as destination guides, interviews with prominent frequent travellers, accessories and lifestyle features and much more,” Wilkinson said.

He said while the launch came at a time when people couldn’t freely explore the world at present, the premise of Wayfarer was to inspire travel and showcase some of the best experiences the globe has to offer.

“We had planned to release the inaugural issue earlier this year, however we quickly faced a crisis that would cripple the travel industry,” he said.

“But now, as we look to the future and a rebound of epic proportions, we want to be at the forefront of inspiring and showcasing the best in executive travel, from reviewing some of the world’s best airlines and hotels to uncovering some hidden bars and cafes in some of the most exciting destinations across the globe.

“We also want to do our part to promote travel in all of its glory and help the global industry to recover, reboot and return in spectacular fashion,” Wilkinson said.

The new digital magazine – the only one of its kind based in Australia that’s aimed at the executive travel segment – is completely interactive.

In a travel publishing industry first, the launch issue is loaded up with over 30 original videos filmed on location around the world – from interviews to reviews and destination guides – bringing the brand’s popular TV show to life throughout the magazine.

Content comes from the successful Wayfarer TV show, which has been broadcast to over 3 million viewers in 30 countries across the world since it debuted in 2018 and has also been popular on YouTube, with over 151,000 views and 1.4 million impressions.

The Wayfarer TV show was originally broadcast on the Sky News Business channel in Australia and on the Australia channel throughout Asia-Pacific. It has since been launched by Flame Distribution into the United States and Canada on the Roku Channel, on ViacomCBS’ PlutoTV in the United Kingdom, Ireland, Austria, Germany and Switzerland, and onboard WestJet in Canada and Flynas in Saudi Arabia. 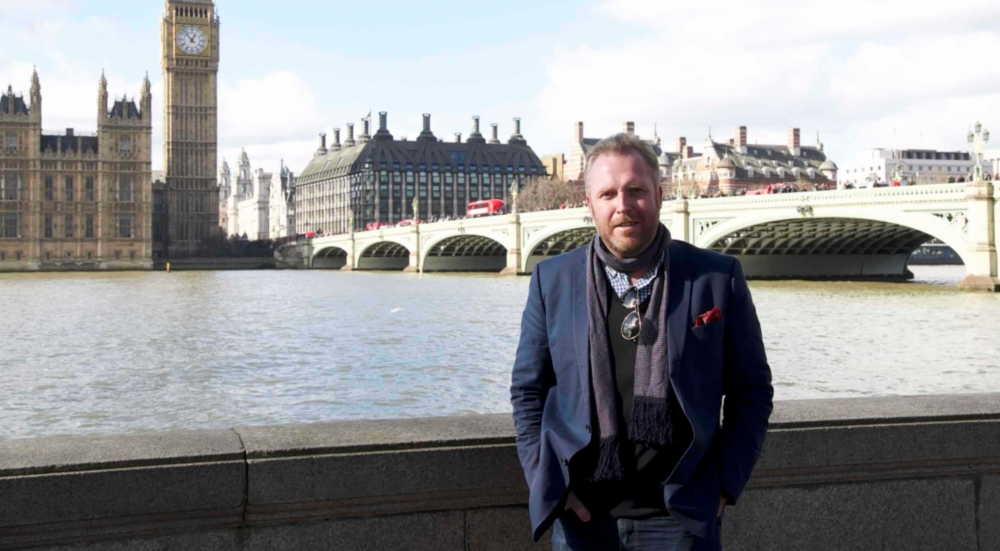 The May-June launch issue includes a 2020 Luxe Hotels List cover story featuring some of the top business, luxury and boutique hotels across the world; a comprehensive guide to Austin in Texas and St. Moritz in Switzerland; features and reviews on luxury flying with American, Delta and United; reviews of the Kahala Hotel and Resort in Honolulu and Equinox Hudson Yards in New York; the latest airline and hotel news, accessories, motoring, bars, restaurants and much more.

The Wayfarer digital magazine will be distributed to over 75,000 executive travellers – primarily in Australia, New Zealand, the United States, Canada, the United Kingdom, Europe and Asia – every two months.

Wayfarer is produced and published by The Intermedia Group, a leading Australasian publishing, event management and technology business that specializes in the B2B sector and has an extensive active database of over 400,000 people.

Featuring one of the most comprehensive SME audiences of any business in Australasia, The Intermedia Group’s brands are a vital source of information for Australian and New Zealand businesses, falling within 12 vertical markets.