Helping to create a healthier home is now made easier, thanks to Dyson’s new generation of cord-free vacuum cleaners, the V15 Detect.

Engineered to detect hidden dust as small as 10 microns, and equipped with an acoustic piezo sensor to enable scientific proof of what’s been sucked up, these new Dyson technologies redefine deep cleaning at home.

Developed by a team of 370 engineers globally, the Dyson V15 Detect uses a Hyperdymium motor to generate powerful suction and 5-stage filtration captures 99.99% of dust particles down to 0.3 microns for a deep clean.

The Dyson V15 Detect helps create a healthier home at a time when 60% of people are cleaning more than ever before, according to Dyson’s Chief Engineer and Founder, James Dyson. 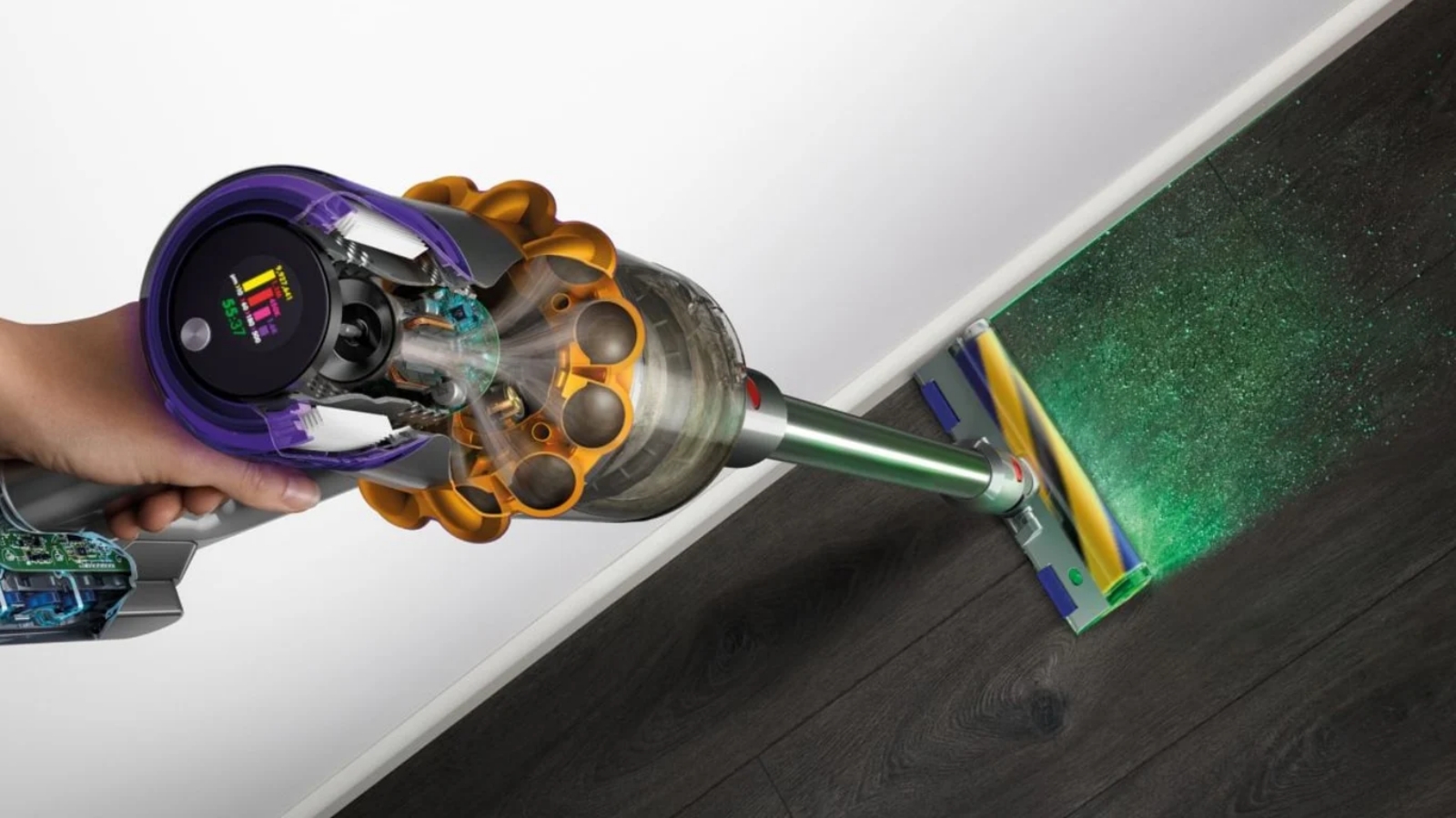 “As engineers our job is to solve daily problems, and the past 12 months has created plenty of new ones with more time spent indoors,” he said.

“We are all cleaning more frequently, trying to remove the additional house dust but desperate for peace of mind that our homes are truly clean.

“Our latest vacuums use laser technology to reveal hidden dust, integrating a diode laser into the cleaner head that is precisely positioned at a 1.5 degree angle to create the best contrast between dust and floor.

“We don’t think detection is enough, so we remove and meticulously size and count the particles 15,000 times a second using an acoustic piezo sensor which converts vibrations into electrical signals, displaying precisely the size and number of particles sucked up on an LCD at the back of the vacuum.

“The Dyson V15 Detect is both powerful and intelligent, giving the ultimate reassurance – scientific proof of a healthier, cleaner home.” 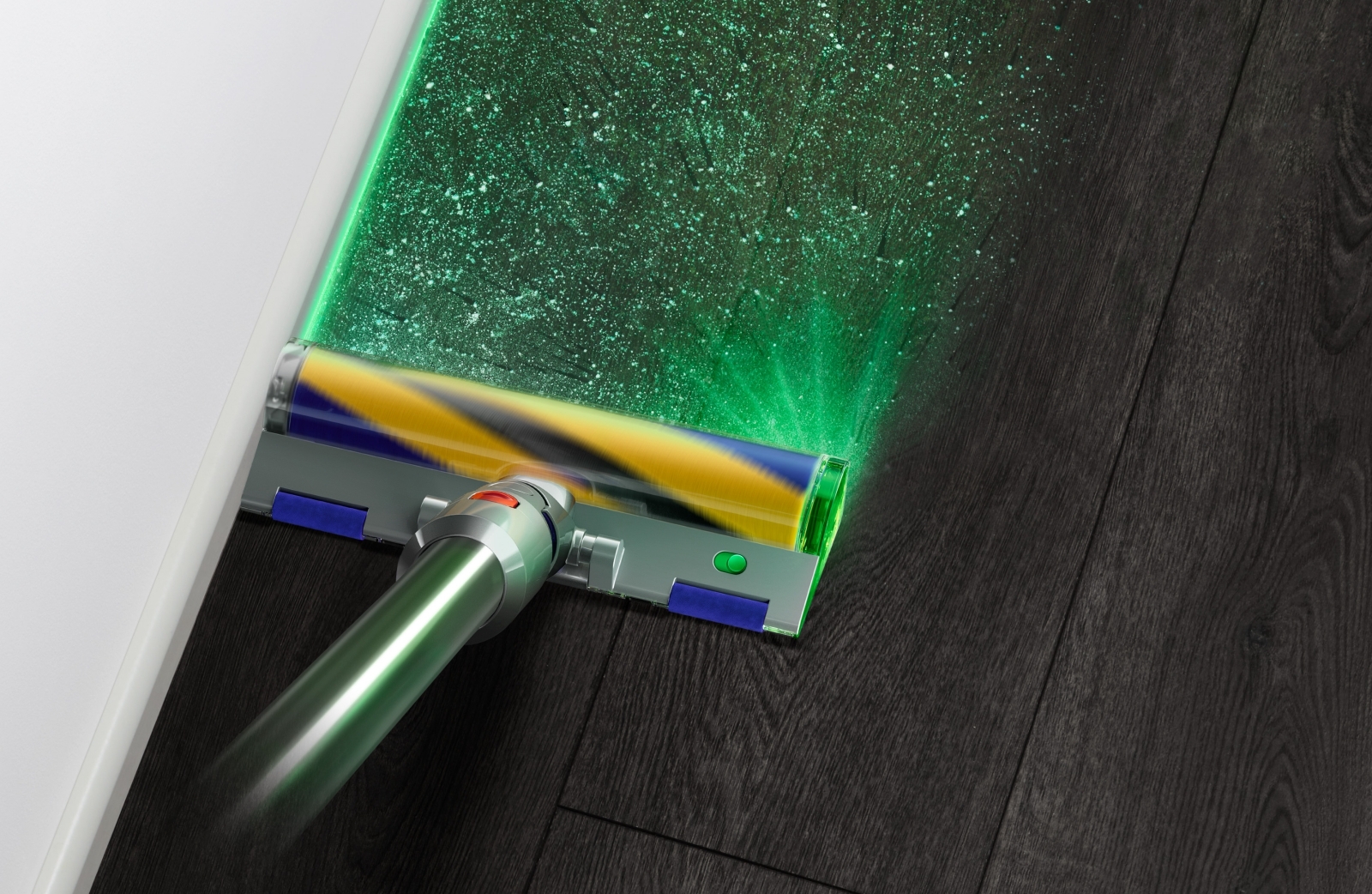 Dyson has pioneered vacuums with laser dust technology to reassure you that your home has been deep cleaned. Laser Dust Detection reveals the particles you cannot normally see, with a precisely angled laser integrated into the cleaner head.

The idea came about when a Dyson engineer noticed that airborne particles in their home glistened in the sun. They began to research how they could take this notion and apply it to the fine dust we cannot see in our home. The team experimented with laser lights in the lab to test how this could be achieved, and a new solution was born.

Dyson engineers integrated a green laser diode – chosen for its ability to provide the best contrast – into the Slim Fluffy cleaner head, positioning it precisely at a 1.5 degree angle, 7.2mm off the ground. It means hidden dust on the floor surface that is otherwise invisible to the naked eye can be seen and removed.

Understanding that now more than ever people want more hygienic homes, Dyson engineers set about developing a technology which enables the user to measure the dust it detects and then displays it on an LCD screen for real time scientific proof of a deep clean.

So, how does this work? An acoustic piezo sensor has been integrated into the vacuum. Carbon fibre filaments in the cleaner head pick up microscopic particles which are sized and counted up to 15,000 times a second. The dust enters the vacuum and hits the acoustic piezo sensor within the bin inlet with the tiny vibrations being converted to electrical signals.

The dust size and quantity are shown on the in-built LCD screen, so the user can see how much dust the vacuum has removed, as well as the different sizes of particles and deliver scientific proof of a deep clean. 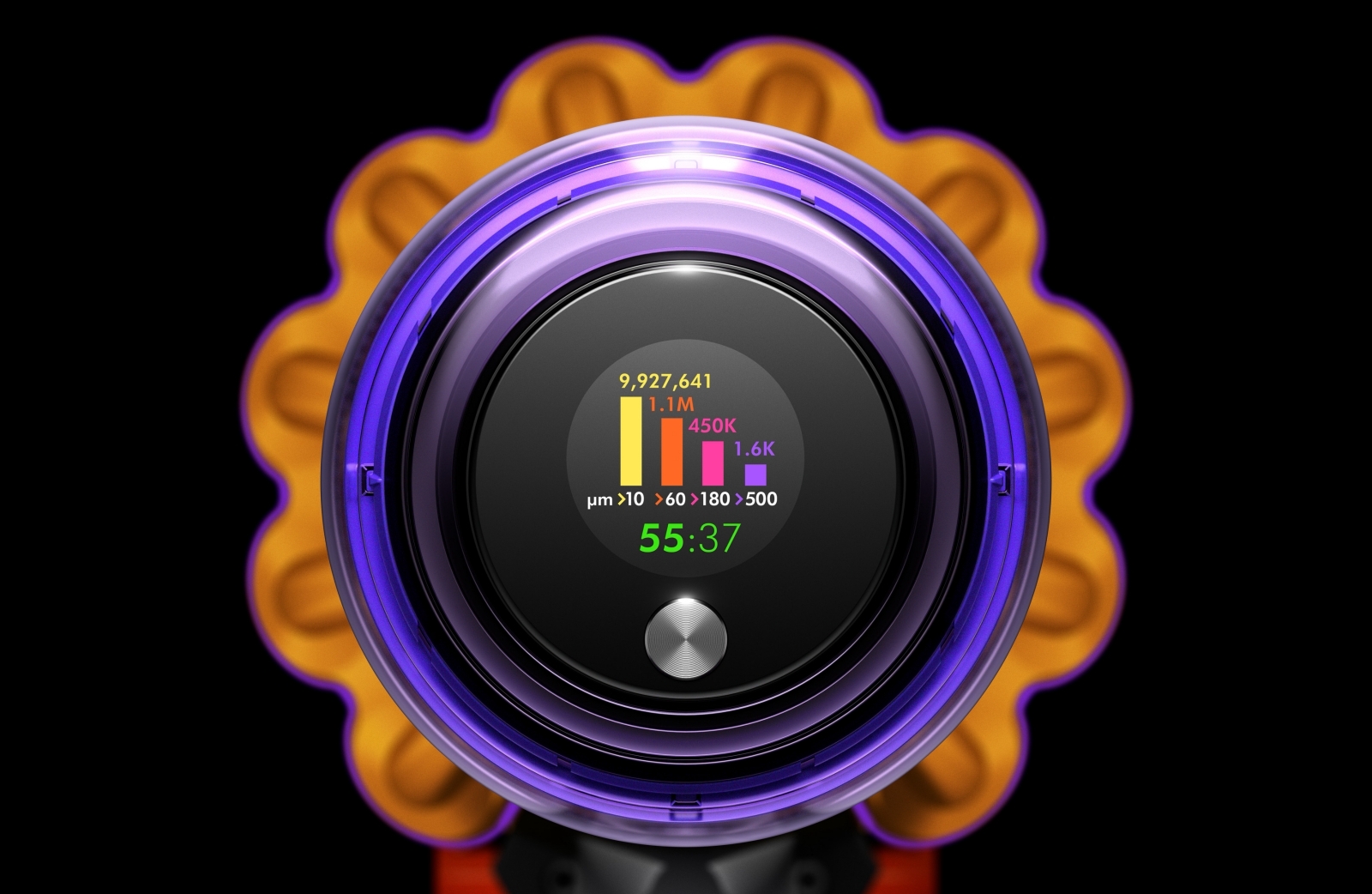 Introducing a new anti-tangle Hair Screw Tool: Dyson engineers also looked to solve the problem of removing hair on the brush bar. This is often a challenge for many vacuums, despite claims to the contrary, so we have developed a new anti-tangle conical brush bar which spirals hair off and into the bin.

This prevents the wrapping of hair around the brush bar. Engineered for human and pet hair, our engineers delicately tweaked the precise angle of the bristles on the tool, to ensure the release force did not tangle the hair and tested the tool on multiple hair types. 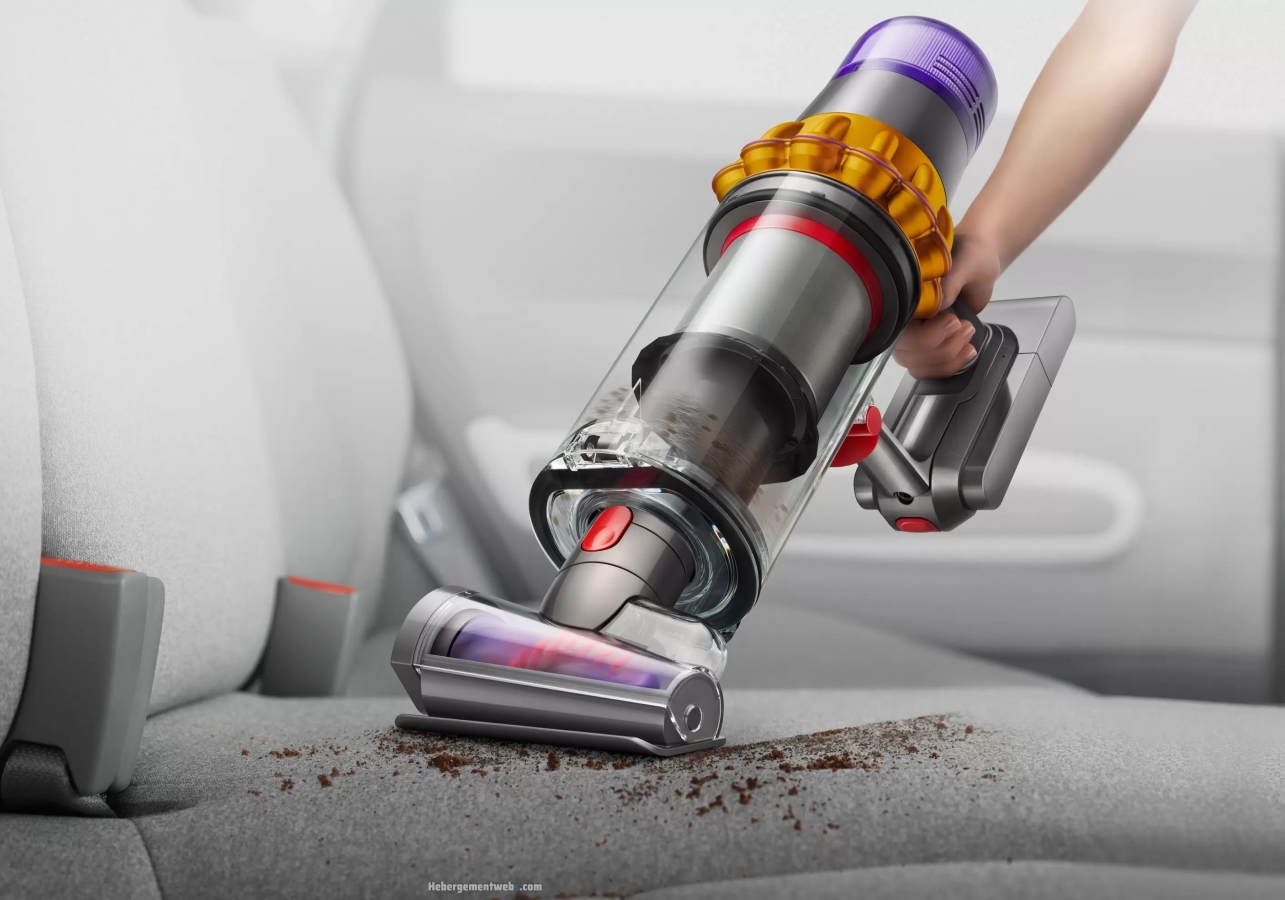 The Dyson V15 Detect features Dyson’s 5-stage advanced filtration technologies, capturing at least 99.99% of particles as small as 0.3 microns, to expel cleaner air. Our Dyson cyclone technology is efficient at separating dust and dirt from floors and surfaces and whole machine sealing means this isn’t leaked back into your homes.

ALSO AVAILABLE IN A COMPACT FORMAT 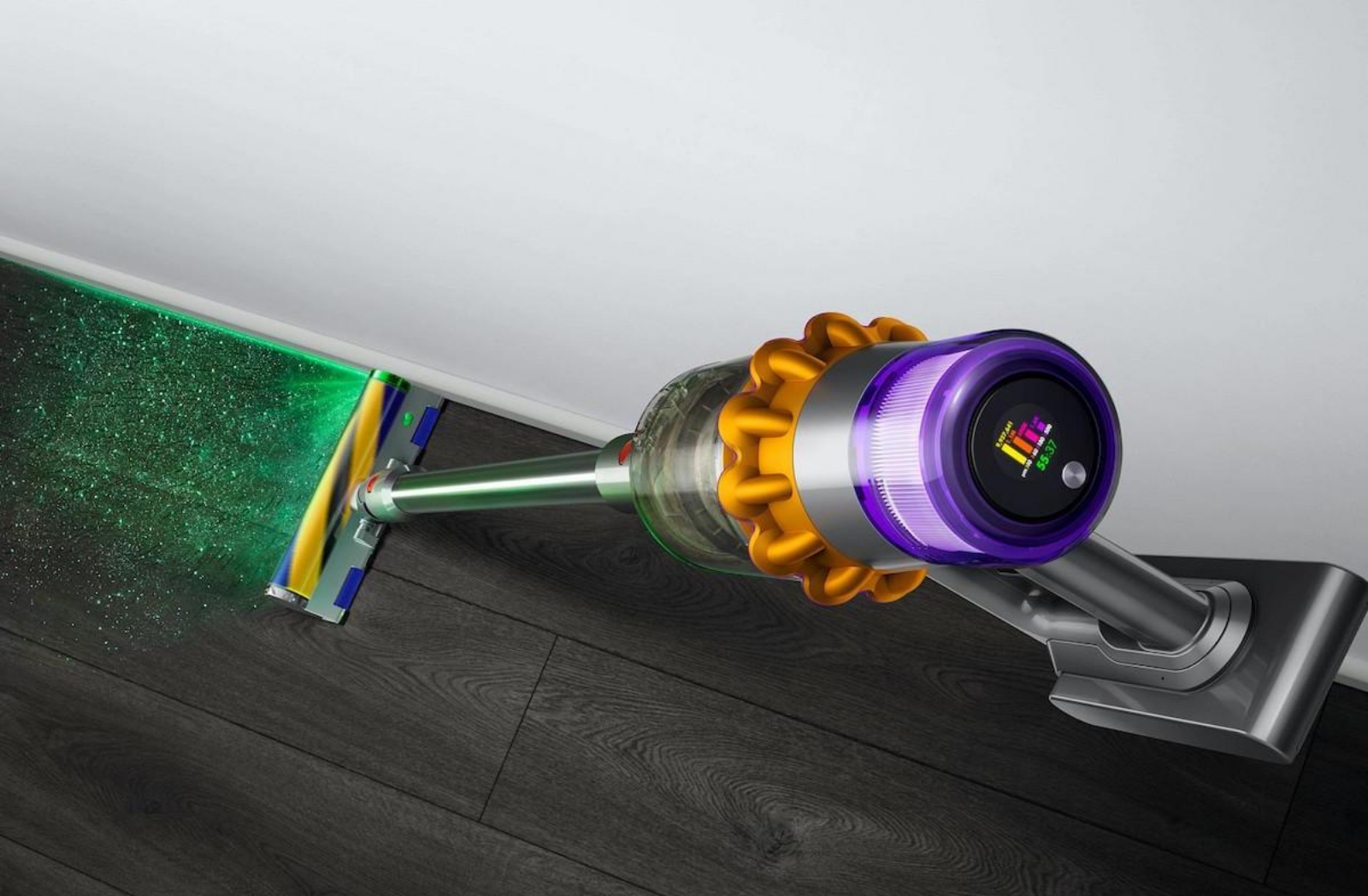 GET THE V15 DIRECT FROM DYSON

The Dyson V15 Detect Absolute Extra, with HEPA filtration and Dyson V15 Detect Total Clean, are available now, with a recommended retail price of AU$1,449 and AU$1,399 respectively at Dyson.com.au. Buy Direct from the people who made it at Dyson.com.au for exclusive models, flexible delivery options, best price policy and auto-warranty registration.