Right in time for International Beer Day today (Aug 6), a number of global brews have arrived in Australia.

Available exclusively at Dan Murphy’s and BWS, they hail from Europe and Asia and will be the perfect accompaniment for a Spring barbie next month.

“In an industry-first, we have partnered with some of the most awarded International breweries to bring an exciting new array of global flavours to Australian shores from some of the most innovative beer-producing regions of the world, including Scandinavia, Germany and Japan,” said Harriet Wischer, category manager for Beer and Cider Range at Dan Murphy’s and BWS. 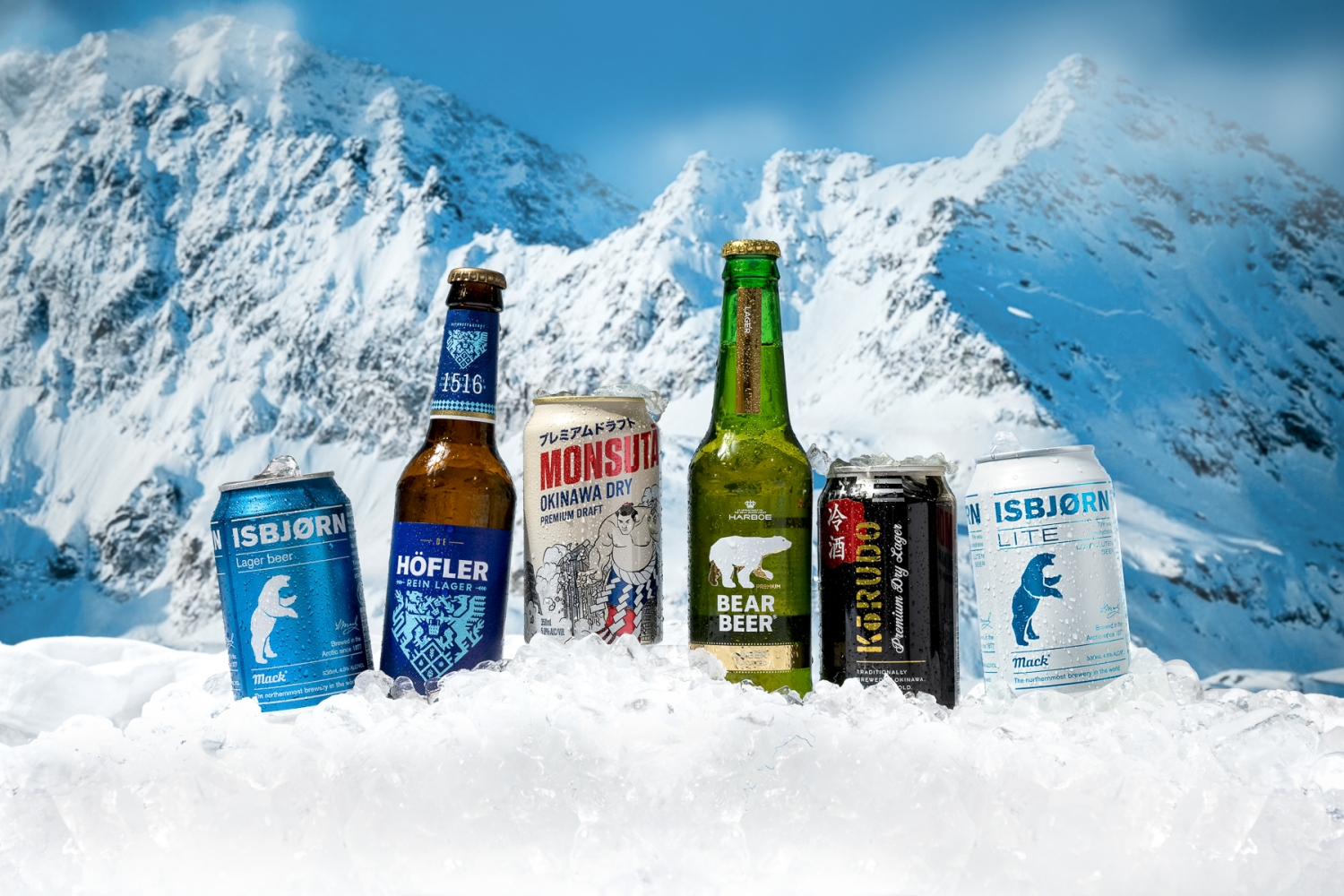 Mack Isbjørn Lager
Scandinavia
RRP: $60 (24-case)
Brewed in the northernmost brewery in the world, Mack Isbjørn Lager is a Norwegian Pale Lager with a golden hue. Made with cold, pure Arctic water, it has a refreshing, classic style, is very sessionable and easy-drinking with good malt character and balanced bitterness. With fresh aromas of Arctic flowers, hops and malt, this lager is best served ice-cold to appreciate its supreme taste. With a striking stand-out modern can design featuring a roaring polar bear, Mack Isbjørn Lager is all about attention grabbing sophistication. At this price and quality, Mack Isbjørn is the next best beer to come out of Scandinavia. It is fresh, modern, classic and Scandy cool. Drinking it is like an Arctic blizzard blast – but tastier. 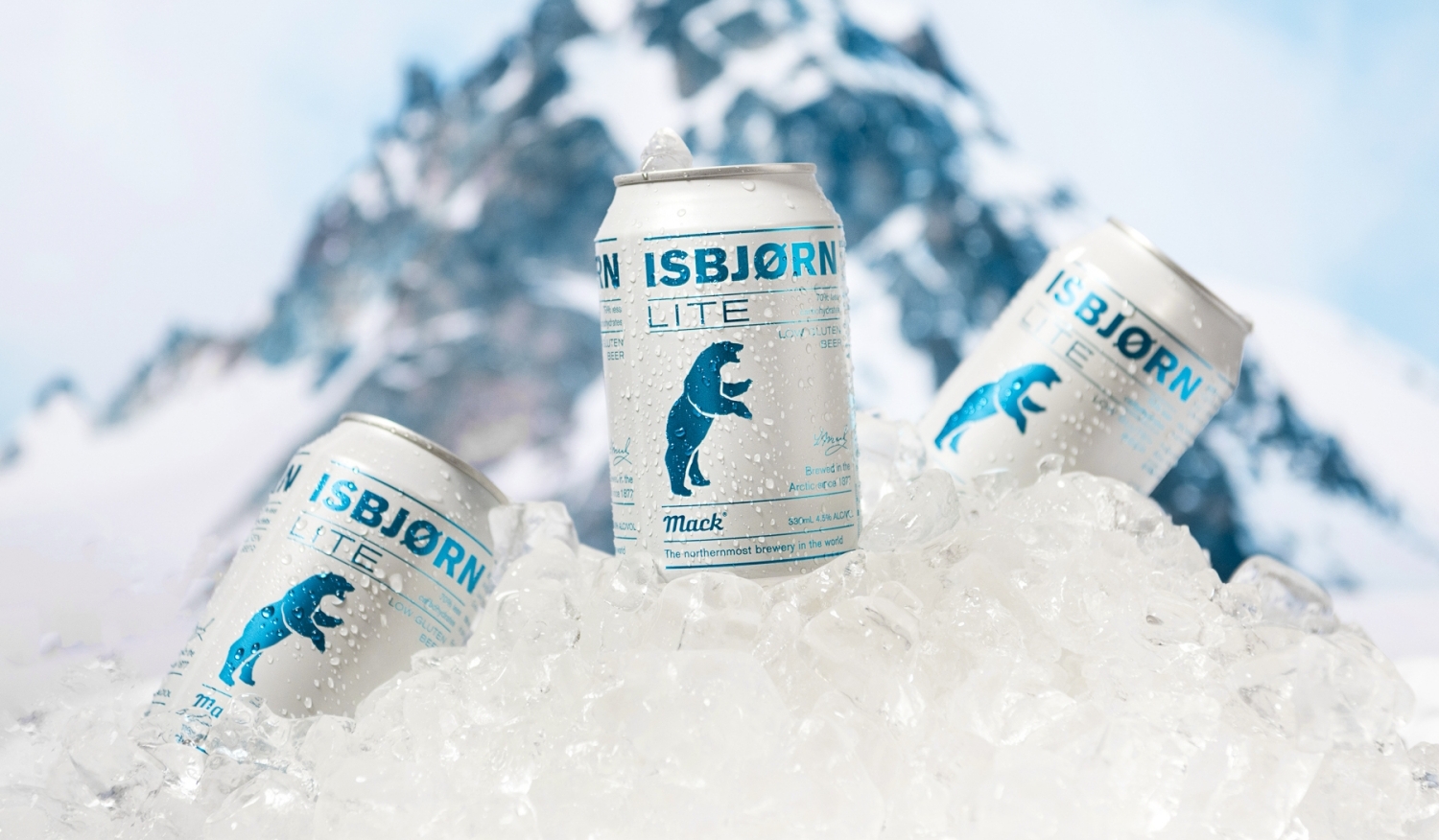 Mack Isbjørn Lite
Scandinavia
RRP: $60 (24-case)
A refreshing beer crafted from a recipe containing less malt, therefore less calories, Mack Isbjørn Lite has all the aroma and flavours of the original but with none of the guilt. With great flavour and quality, this beer is the perfect healthy option when you’re looking for less calories, less sugar and less carbohydrates but with all the taste of the original so you can have your beer and drink it too. It’s a Scandy thing. 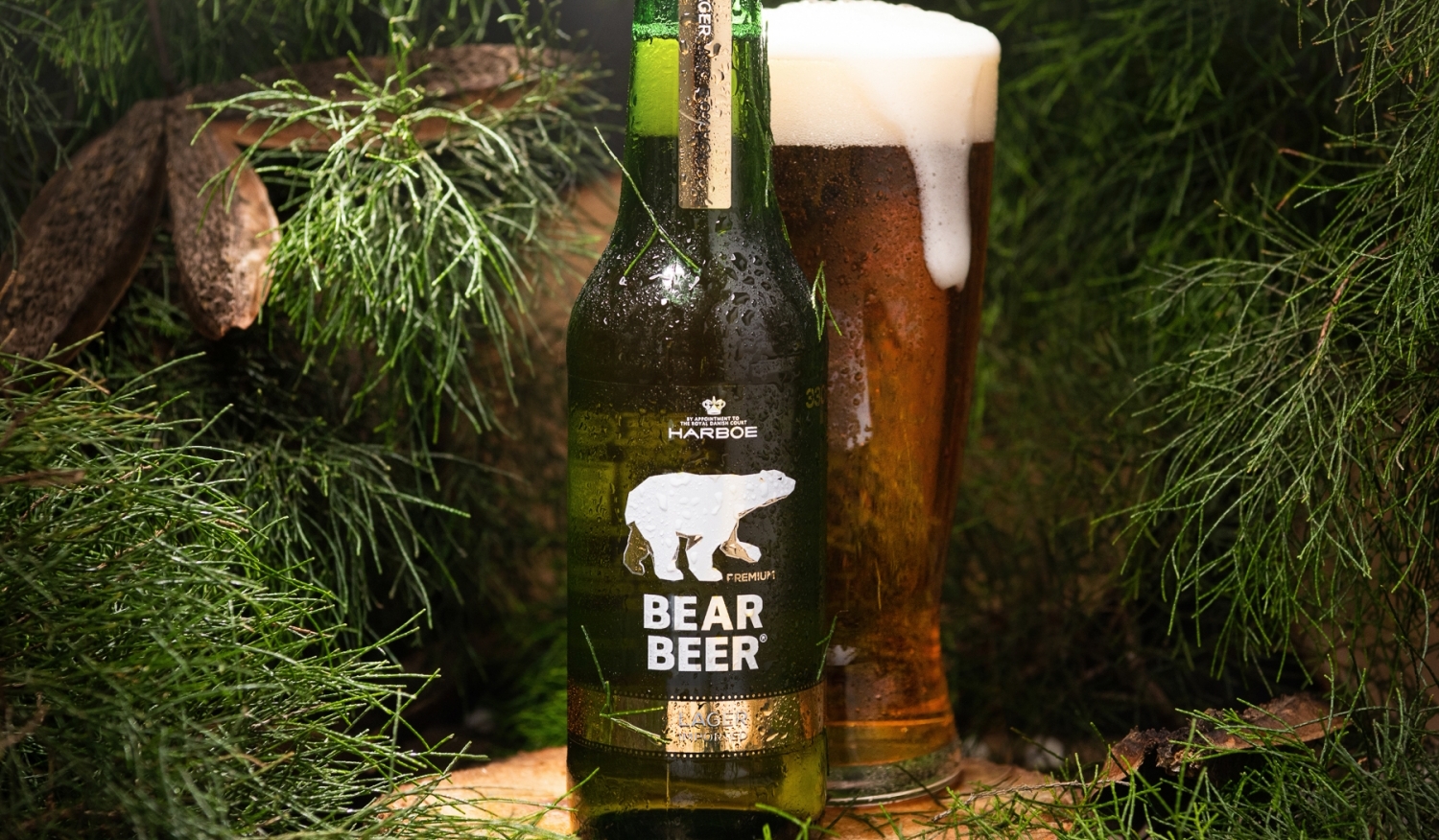 Bear Beer Lager
Scandinavia
RRP: $54 (24-case)
Bear Beer is the ‘Original Danish beer’ from the land of the Vikings. Since 1974 when the first Bear Beer bottle was launched under the Danish name ‘Bjørne Bryg’, it has taken the world by storm and is Denmark’s biggest international beer brand. This premium lager has a slight yellow-golden colour, a smooth and mild taste, with a well-balanced aroma and bitterness. It is brewed with only the finest selection of barley malt and hops, and a pure fermentation. Just like lovers of Bear beer the world over, Bear Beer chooses the way. It is brewed with carefully curated ingredients which give the brew its distinctive taste and quality. Now that’s something to roar about. 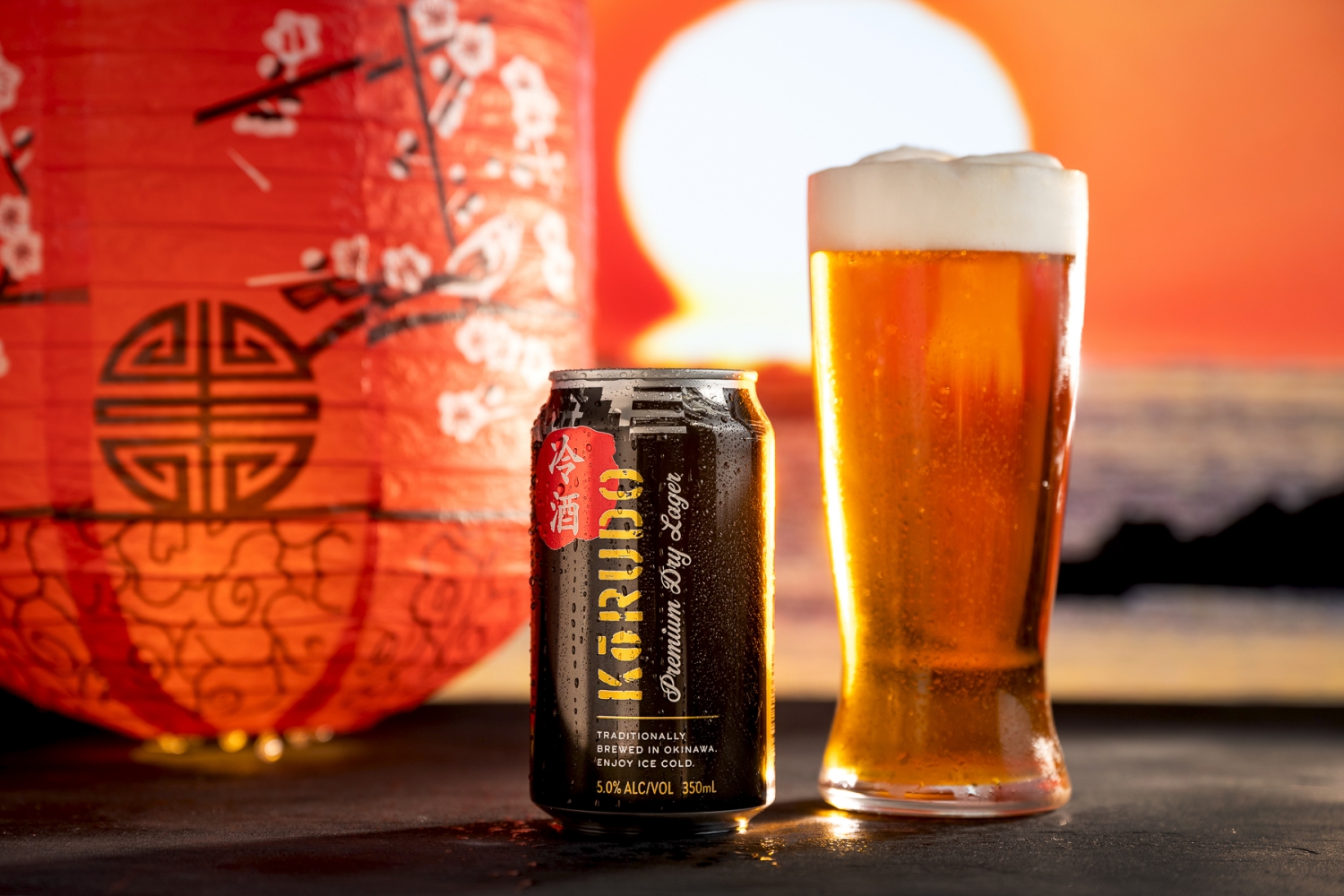 KōRUDO Premium Dry Lager
Japan
RRP: $70 (24-case)
Inspired by the sunsets over Nago Bay in Japan’s Okinawa Prefecture, KōRUDO Japanese Style Premium Dry Lager is a deliciously crisp and refreshingly clean flavoured pale lager expertly balanced with rare hops aroma and a pleasantly bitter aftertaste. Like a Samurai warrior, the Japanese brewer displays unparalleled skill, devotion, precision and spirit. Westerners try to emulate the Japanese brewing technique but none have mastered it in quite the same way. KōRUDO Japanese Lager represents all that is excellent about Japanese brewing culture. Meaning ‘cold wave’ in Japanese, the supreme dry taste of Kōrudo will envelop you with its refreshing deliciousness. Best served well-chilled and poured slowly into a room-temperature, wide-mouth glass so the beer will be at its best temperature of
8-10℃, to bring out the flavour and aroma of hops. 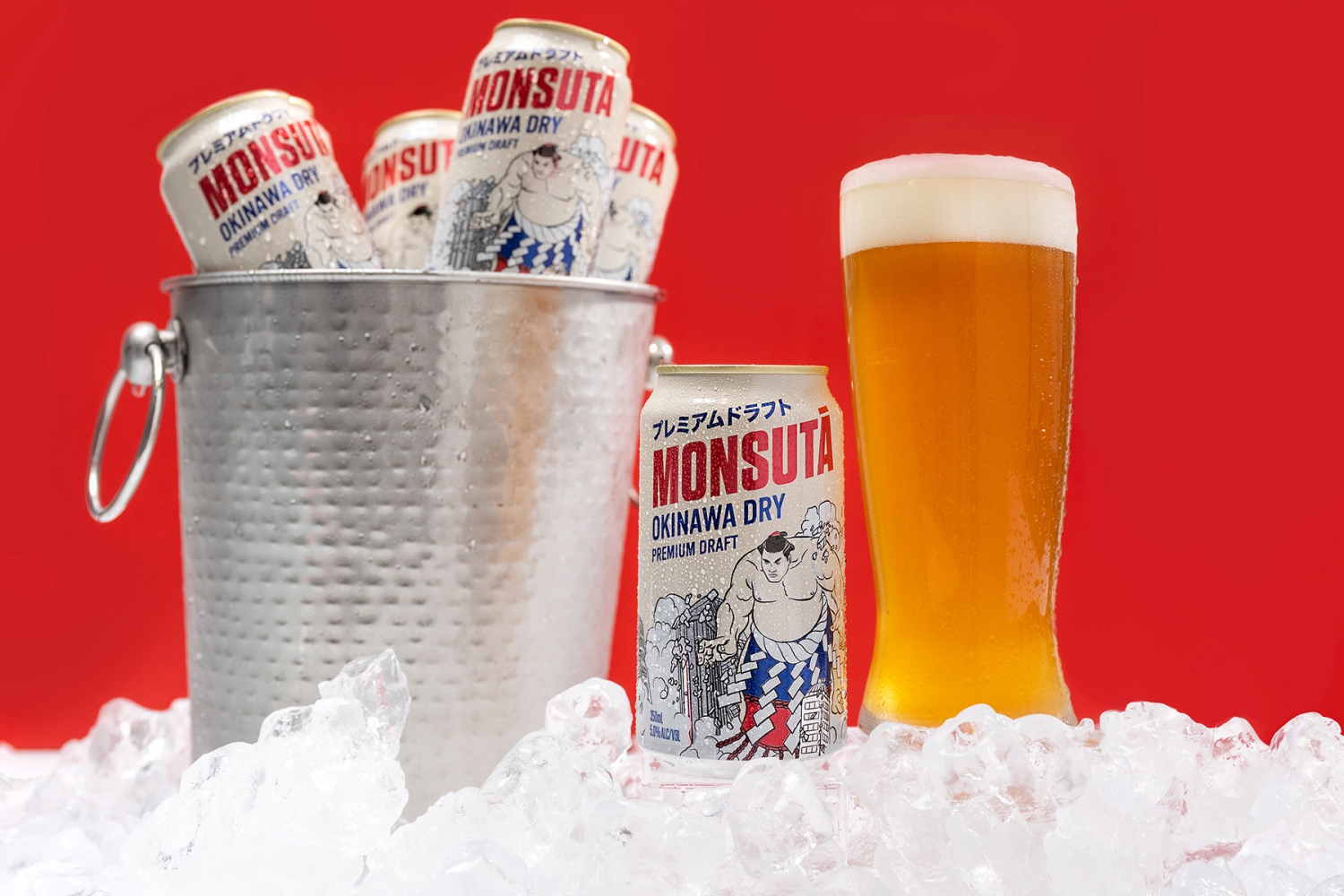 Monsuta Japanese Lager
Japan
RRP: $60 (24-case)
Monsuta means monster in Japanese and, inspired by its namesake, this delicious lager delivers a big tasting brew. Full-flavoured with a delicate hops aroma, perfectly balanced with rich malt character, Monsuta Japanese Lager is brewed using the finest quality ingredients to create a smooth, crisp lager of impressive magnitude. Serve in a frozen glass to enjoy at its best at a temperature of 3℃. 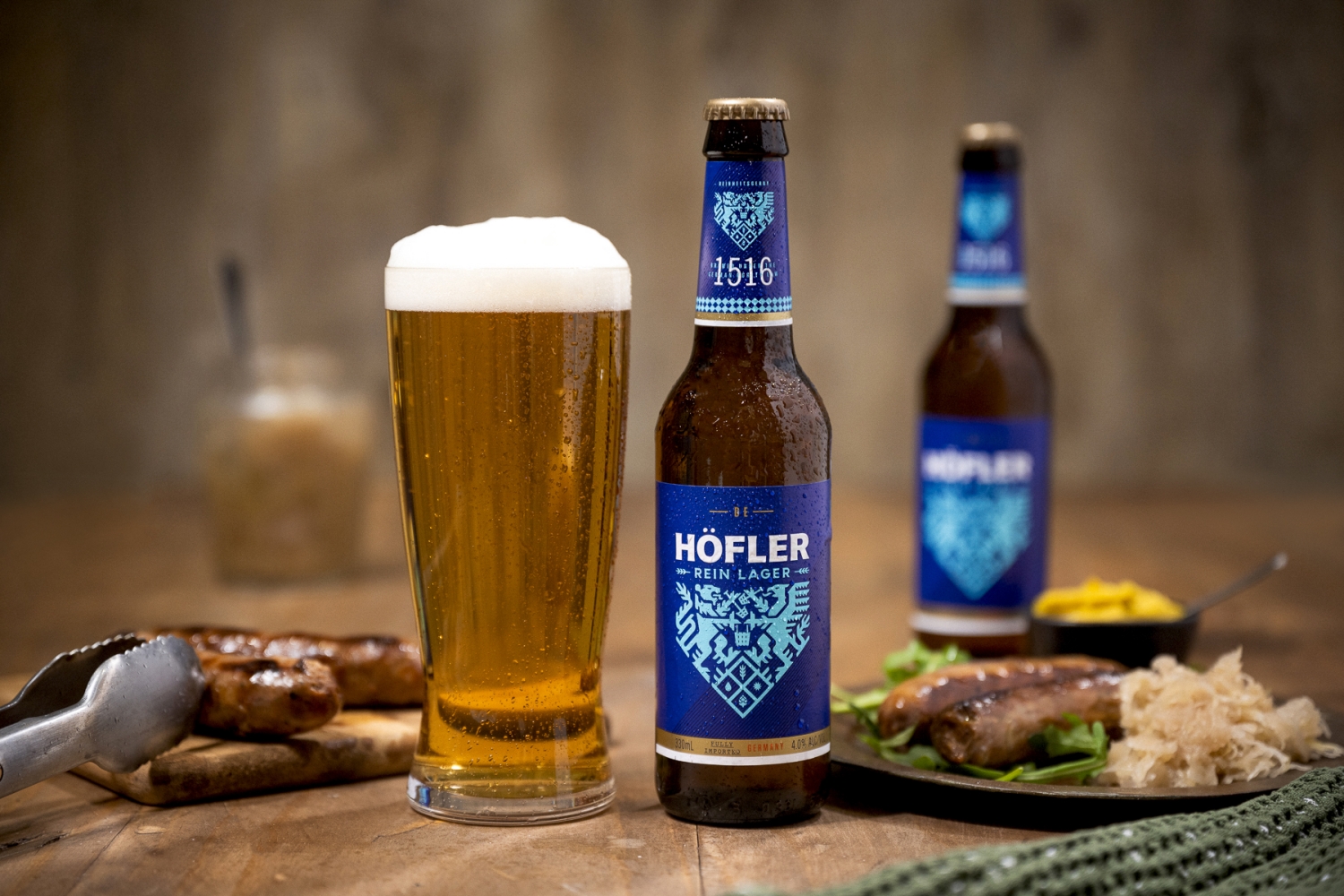 Höffler Premium Lager Beer
Germany
RRP: $34 (24-case)
A round and full-bodied authentic German lager with a touch of sweetness that beautifully balances the spicy German hop flavours, Höffler Premium Lager Beer is a true German style lager. Delicious and lingering with a clean, dry finish, it features rich maltiness and light bitter characteristics. Germany is the spiritual home of beer. The German people are so serious about the golden liquid they have a word for it, ‘bierernst’, which means ‘beer serious’. Germans are so serious about their beer, that they built an entire global festival around it, Oktoberfest. The seriousness started in 1516 when Duke Wilhelm IV of Bavaria introduced the Reinheitsgebot, also known as the German beer purity law of 1516. The 500-year-old decree states that hops, barley, purest water and later yeast are the only ingredients allowed to produce Germany’s signature drink. It guarantees quality and Höfler Premium Beer Lager follows the decree to the letter. It’s the ultimate German beer. Now that’s serious.