He said when Bill Taylor Snr., Taylors Wines founder, established the family’s winery in the Clare Valley in 1969, he recognised the potential for the region to produce outstanding table wines and in doing so, he proved the extraordinary quality of Clare wines to the world and instilled in Taylors’ winemaking a great passion for regional exploration and winemaking artistry. 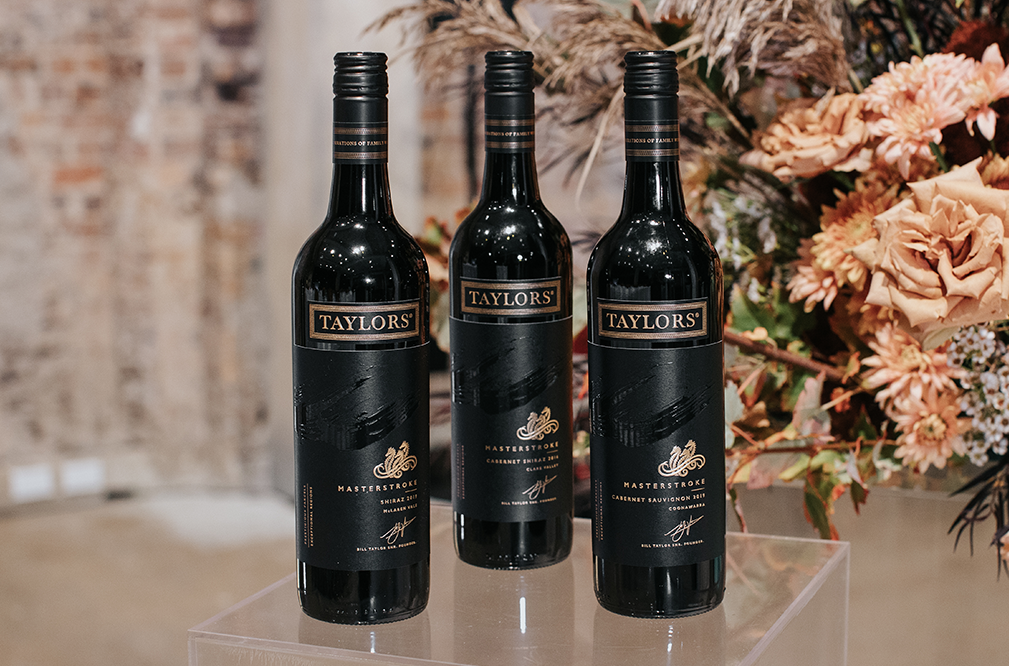 Taylor said the Masterstroke offers the ultimate expressions of varietal character and champions the terroir of three diverse South Australian wine regions where each varietal shines.

“We consider winemaking to be a true artform – the decisions of our vineyard and winemaking team are like the strokes of an artist’s brush on canvas,” he said. “Our intention with the Masterstroke is to capture the region in its truest form.

“While our home is in the Clare Valley, we have a long history of working with our grower partners to source outstanding Cabernet fruit in the Coonawarra and Shiraz from McLaren Vale – both hero varieties of their respective regions. While each wine is a distinct reflection of their regional terroir, they still display the powerful elegance that’s expected of a Taylors wine.”

Each of the new wines features a beautiful portrait of the region where the wine’s fruit is from. The photography was produced by award-winning South Australian landscape photographer, Benjamin Goode. 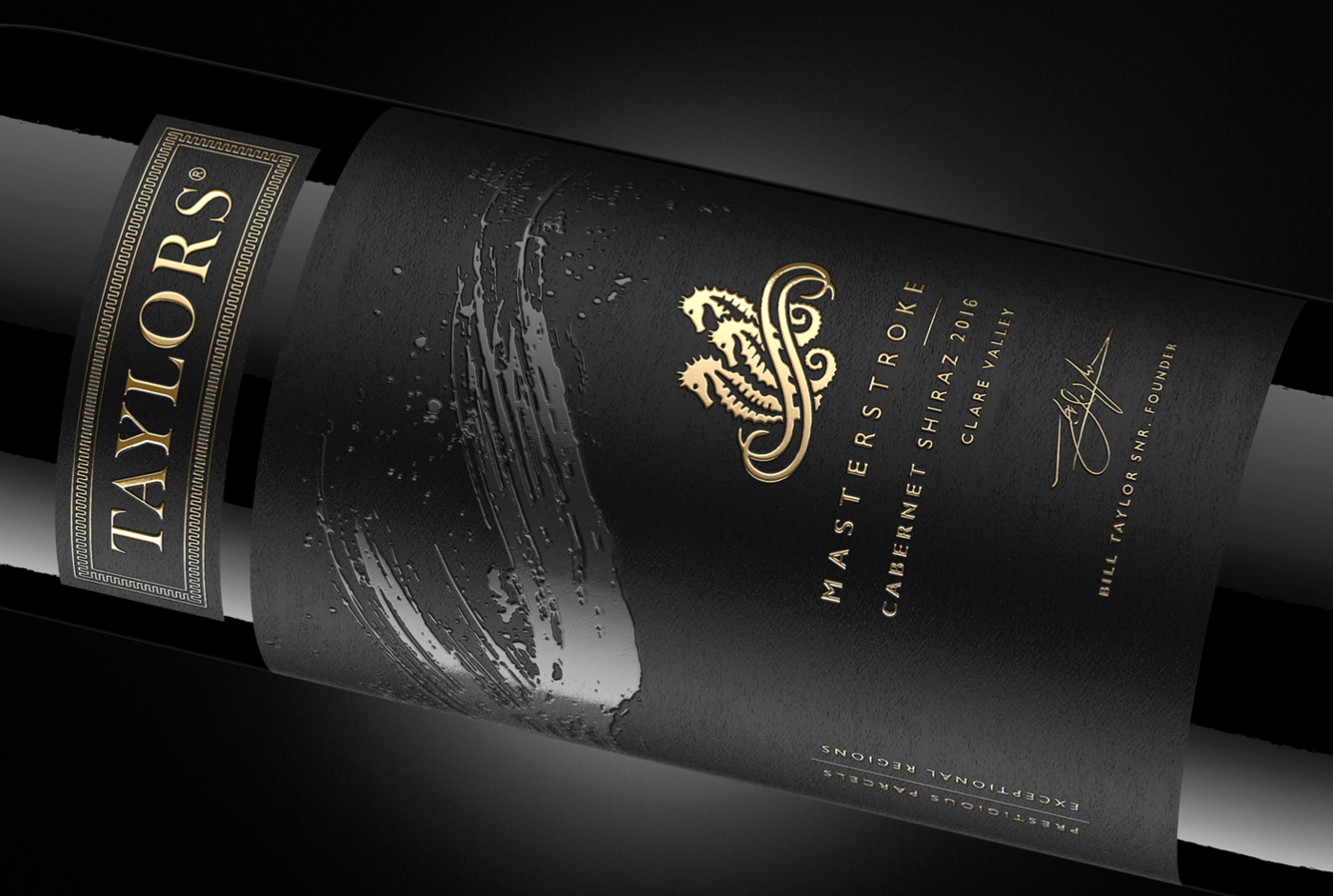 In 2019, the Coonawarra experienced good winter rains leading into the growing season, mitigating the impact of heat during the warmer months. Cool nights created from the Southern Ocean made for optimal ripening conditions ensuring full flavour development in the fruit.

Upon receipt at the winery, the fruit for the Masterstroke Cabernet Sauvignon was gently de-stemmed and transferred to a steel tank for a long, cool fermentation. Post-ferment, the wine enjoyed a period of extended skin contact for eight weeks to amplify structure in the wine. It was then transferred to seasoned French oak for six months to support the fruit, not compete with it. The wine was gently fined, filtered and bottled to settle before release.

In McLaren Vale, the 2019 vintage was more challenging than the Coonawarra, with dry conditions leading up to vintage, a hail event in November, and hot weather in the summer months resulting in an overall reduction of yields. The fruit that was selected for the Masterstroke Shiraz was intense in flavour and varietal character. 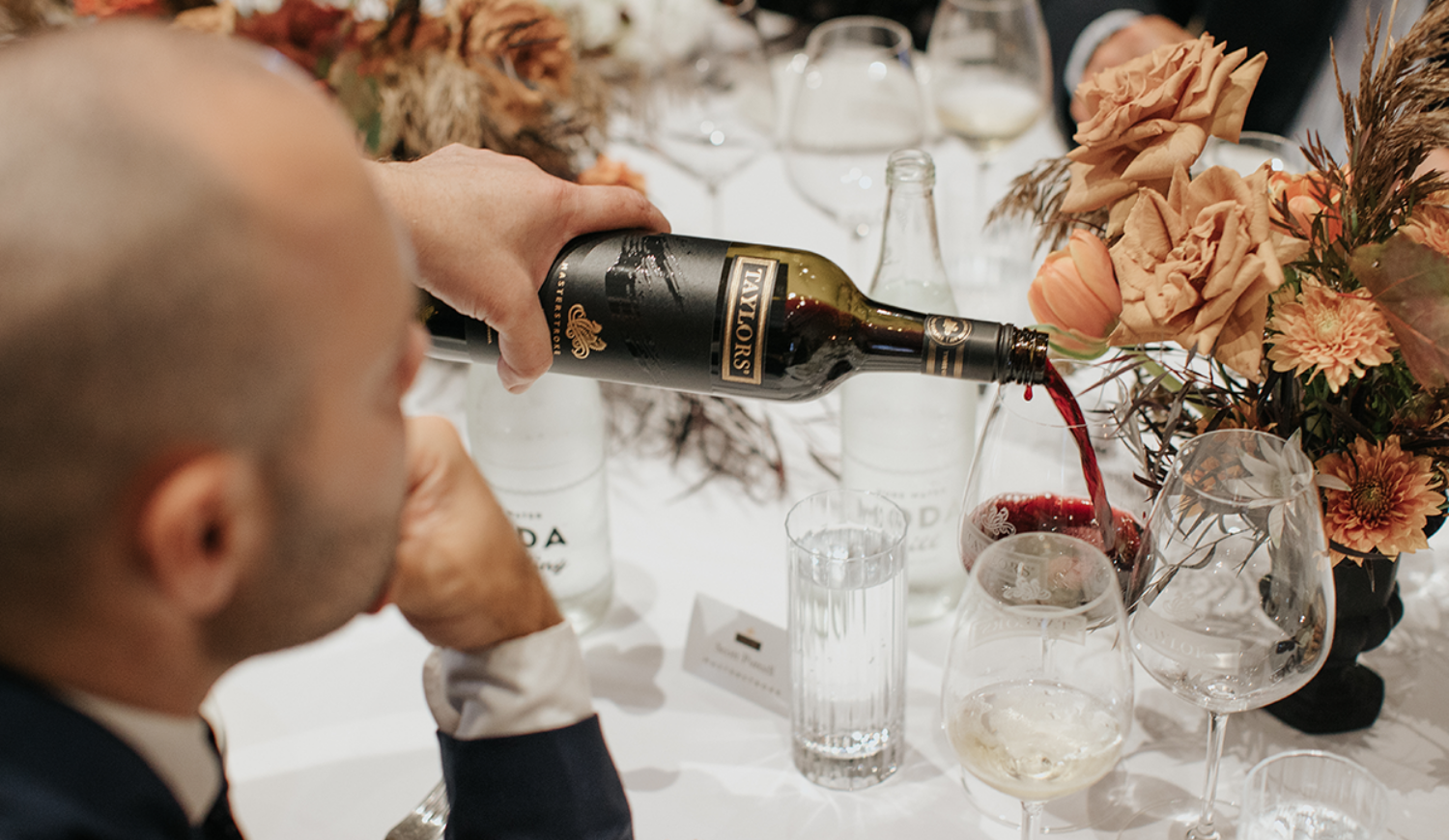 Upon receiving the fruit, it was gently de-stemmed and cold-soaked for two weeks prior to fermentation to amplify the supple tannins. The juice was then transferred to a single stainless steel fermenter for a long, cool fermentation process. Post-fermentation, the wine was transferred to a mixture of new and seasoned American oak to enhance plushness while still respecting the fruit flavours. Following an ageing period of six months, the wine was gently fined, filtered and bottled to settle before release.

Fruit for the Masterstroke Cabernet Shiraz is sourced from the Taylor family’s Clare Valley estate and hails from what is regarded as one of the great vintages, 2016. In the growing season leading up to vintage, Mother Nature saw fit to dole out just the right amount of rainfall at just the right time for maximum positive impact on the vine’s health and importantly, the quality of the fruit produced.

The wine represents the rich vineyard history of the Taylor family, with fruit sourced from Taylors’ premier vineyard sites as well as some of the original plantings on the site. Shiraz fruit is cold-soaked for two weeks prior to fermentation, while the cabernet enjoyed up to four weeks of skin contact post-fermentation to drive length and form.

Fine-grained French oak was used on the cabernet, while fine-grained American oak was used for the Shiraz. Some shiraz parcels underwent a period of open barrel fermentation to give added complexity and depth of flavour. Each parcel is handled separately in the winery before coming together for the final blend after a maturation period of 24 months. The finished wine celebrates a classic Australian wine style that is rewarding in its youth as well as after many years of careful cellaring.