Qantas has inked a deal with Alliance Airlines to operate up to 14 Embraer E190 aircraft that the carrier says will meet an expected surge in local tourism demand once the country moves beyond sudden COVID-related border closures.

The Flying Kangaroo says Alliance will provide the QantasLink network with “flexible capacity using its recently acquired Embraer E190 aircraft – a 94 seat jet with a five hour range – that is well suited to linking regional centres with smaller capital cities”.

Initial routes that Alliance will fly are expected to include Adelaide–Alice Springs, Darwin–Alice Springs and Darwin–Adelaide, according to Qantas.

Qantas has signed a three year deal with Alliance to access three E190s based in Darwin and Adelaide and while the timing will depend on the rate of recovery in travel demand, it is currently expected to start in June 2021, “once the vast majority of the Qantas Domestic flying has returned to pre-COVID levels”, according to the carrier.

The agreement between Qantas and Alliance – which the Flying Kangaroo is an owner of – also provides flexibility to access an additional 11 Embraer E190 regional jets but also to switch off some or all of this capacity, depending on market conditions. 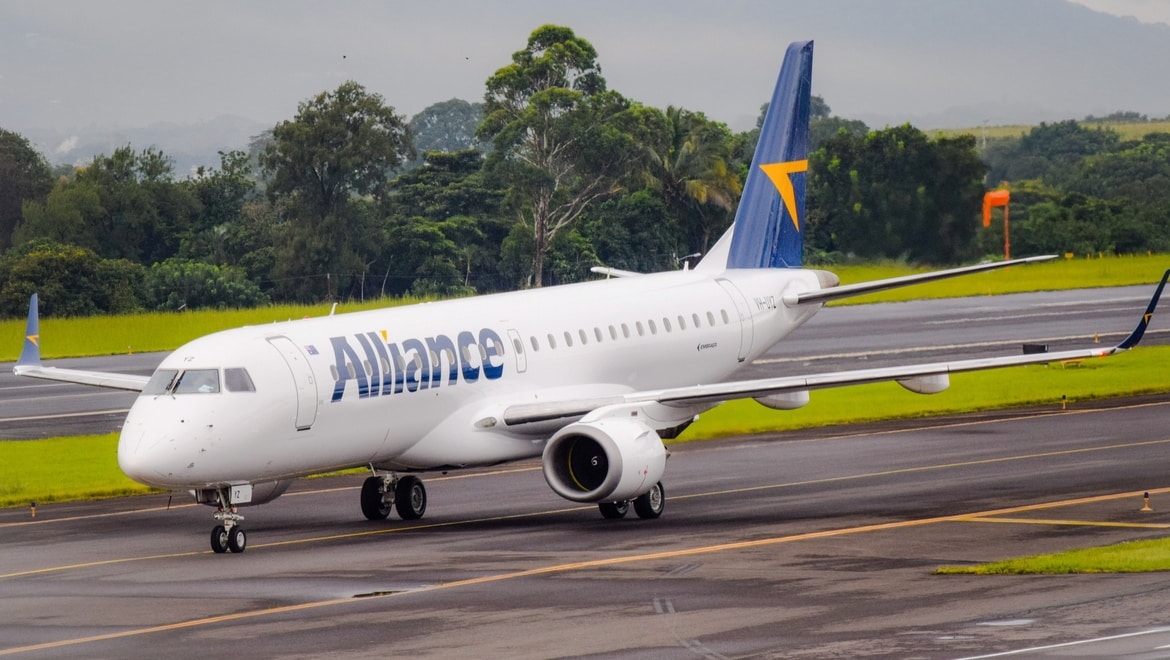 QantasLink CEO, John Gissing, said the deal reflected the kind of flexibility needed to respond to opportunities without committing any capital and was part of Qantas’ ‘right aircraft, right route’ approach to the Group’s network.

“We know this current climate of snap border closures will pass and we want to be ready for the recovery and for what is a structurally different market to what we had pre-COVID,” he said.

“The ability to switch on extra capacity with Alliance will help us make the most of opportunities in a highly competitive environment and having the right aircraft on the right route helps us deliver the schedule and network that customers want.

“The E190 is a perfect mid-size regional jet for routes like these ones in northern Australia. It has longer range than our 717s and it’s about half the size of our 737s, which means the economics work well on longer flights between cities and towns outside of the top five population centres.

“Instead of one or two flights a day with a larger aircraft, we can offer three or four flights a day on the E190, which gives customers in these cities a lot more choice about when they travel.

“We’ve worked with Alliance for many years and they have flown literally thousands of flights for Qantas over that time, with the same service and standards that customers expect when they buy a Qantas ticket.

“By the time we switch on this extra capacity with Alliance, we expect all of our own domestic crews will have already returned to flying.

“The 737s that we currently use on these routes will move to other parts of our network. We’ve already opened up 20 new city pairs with our existing fleet as more people to holiday at home, so there are a lot of possibilities once we get past this cycle of sudden border closures.

“Importantly, Alliance is keen to provide the opportunity for our international pilots and cabin crew to operate the E190s given it will be some time before overseas markets fully recover,” Gissing said.

In the Alliance Airlines configuration, the E190 offers 10 seats in Business Class and 84 seats in Economy, with a range of about 4,500 kilometres.