The 167-room hotel will be located in the heart of the new Maroochydore CBD, which will become the commercial and administrative hub of the rapidly growing Sunshine Coast region.

It will be the company’s second hotel development in Queensland after opening the Holiday Inn Express Brisbane Central in 2017.

Currently, the network includes four operating Holiday Inn Express hotels. Three more hotels are scheduled to open in the next year, followed by another five in 2020/21. Pro-Invest is in the process of securing a further site for what would be its 13th hotel.

The nine-storey Holiday Inn Express and Suites is planned to have 167 rooms, a swimming pool, bar and dining venue, conference and function facilities, and ground-level retail.

Pro-invest identified the site and negotiated its acquisition with Sunshine Coast Council and Economic Development Queensland.

The new Maroochydore CBD is set to be a vibrant hub of commerce, technology, innovation, entertainment and inner-city living, and will, according to Queensland Premier, Annastacia Palaszczuk, “cement the Sunshine Coast as one of Queensland’s, and Australia’s, best-performing regional economies.” 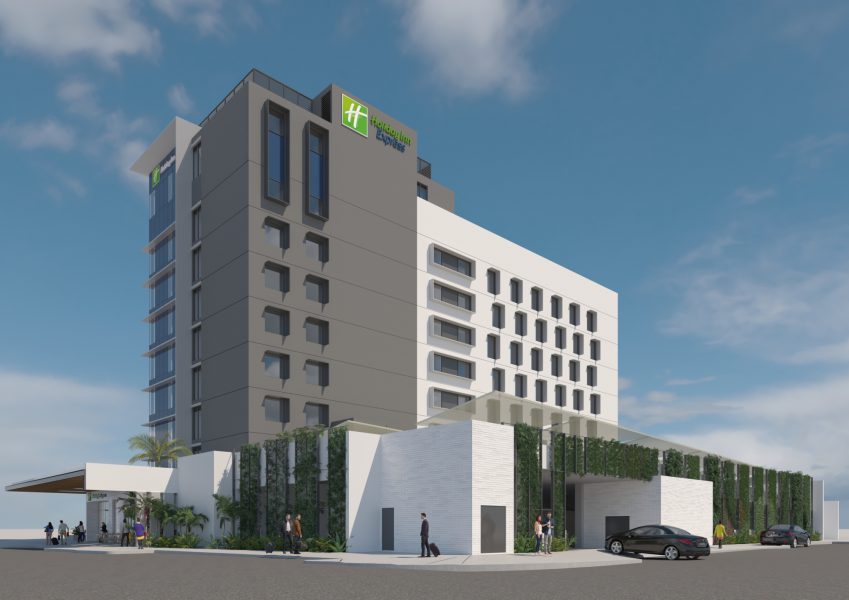 Pro-invest CEO, Ronald Barrott, said the Sunshine Coast was going through an unprecedented economic transformation, and the acquisition of the site was a reflection of the group’s ability to target and deliver high-quality hotel development opportunities.

“This will be one of the region’s most significant tourism infrastructure projects in decades,” Barrott said.

“While there have been some hotel developments proposed for the Sunshine Coast in recent years, they are still a long way from being realised.

“In contrast, Pro-Invest has the unique advantage in the Australian hotel landscape of being able to deliver projects from inception to opening.

“Investment for the Sunshine Coast hotel will come from Pro-invest’s Australian Hospitality Opportunity Fund II, with Pro-Invest responsible for the construction, launch and management of the hotel.

“This has enabled us to be agile and deliver hotels in relatively short time-spans. We are confident that with the support of the Queensland Government and Sunshine Coast Council we will be able to expedite the development to have the hotel open to coincide with the official launch of the new Sunshine Coast Airport runway at the end of 2020.

“The Sunshine Coast is transitioning from a largely leisure-based market to a more diversified market with major growth in businesses establishing themselves in the region to take advantage of large-scale infrastructure projects such as the expanded airport, the Maroochydore city centre and the underwater submarine cable, which will help establish the region as hi-tech hub in Queensland.

“National Visitor Survey figures announced today showed record numbers for the Sunshine Coast, with domestic visitor expenditure growing 22.7%, and visitor numbers up 15% in the year to March 2019, compared to the previous year. International visitor expenditure grew 20.5% for the same period.

“The Holiday Inn Express brand is ideal for the destination as its upper-midscale positioning will make it highly-suitable for targeting business, meetings and leisure travellers,” he said.

Barrott said that Pro-invest had a full calendar of hotel openings scheduled, but the popularity of the Australian Hospitality Opportunity Fund II would fuel other hotel opportunities around the country and in New Zealand.