Lufthansa Group has ordered 40 state-of-the-art aircraft for the group’s airlines.

The order has a list-price investment volume of 12 billion USD. As is usual with such orders, Lufthansa Group has negotiated a significant price reduction. The parties have agreed not to disclose the actual purchase price.

“By replacing four-engine planes with new models, we are laying a sustainable foundation for our future in the long run. In addition to the cost-effectiveness of the A350 and B787, the significantly lower CO2 emissions of this new generation of long-haul aircraft was also a decisive factor in our investment decision. Our responsibility for the environment is becoming more and more important as a criterion for our decisions,” says Carsten Spohr, CEO and Chairman of Lufthansa Group.

The decision regarding which airline will deploy the aircraft at which hub will be made at a later date.

The investment in new technology, efficiency and passenger comfort is a continuation of the ongoing fleet modernization of the group’s airlines. The airlines of the Lufthansa Group currently operate a long-haul fleet of 199 aircraft (as of December 2018), including twelve state-of-the-art Airbus A350-900 aircraft. Beginning in 2020, Lufthansa will be introducing the new Boeing 777-9.

With the Airbus A350-900, the Boeing 777-9 and the Boeing 787-9, Lufthansa Group will own the most fuel-efficient long-haul aircraft of their class in terms of kerosene consumption per passenger and 100 kilometers flown. This order highlights the company’s desire to invest in cutting-edge technology in the interest of the environment. On average, the new aircraft will only consume around 2.9 liters of kerosene per passenger and 100 kilometers flown. That is 25% below what is used by predecessor aircraft, which will likewise have a positive impact on the CO2 footprint. 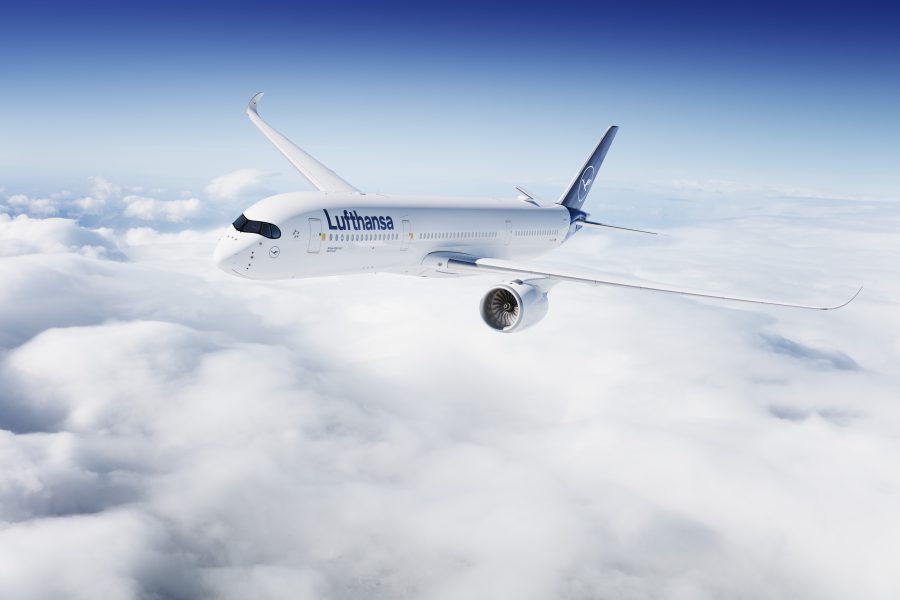 The Boeing 787-9 and Airbus A350-900 aircraft that have been ordered will primarily be replacing four-engine aircraft. By the middle of the next decade, the entire long-haul fleet will have been modernized. The possible fuel savings alone add up to 500,000 metric tons per year. This is equivalent to a CO2 reduction of 1.5 million metric tons.

With the new, more economical aircraft, the operating cost compared to the earlier models will sink by around 20 percent. In addition to this, Lufthansa Group will be significantly reducing the diversification and complexity of its fleet over the next few years and taking seven aircraft types out of service, which will reduce cost and complexity for maintenance and the supply of replacement parts, among other things.

After the long-haul aircraft rollover, the company will be offering its customers one of the world’s most modern fleets. This will also involve a significant increase in comfort and reliability.

In today’s session, the Lufthansa Group Executive Board also informed the Supervisory Board of the sale of six of its 14 Airbus A380 planes to Airbus. The aircraft will be leaving Lufthansa in 2022 and 2023. The parties have agreed not disclose the purchasing price. The transaction will not affect the group’s earnings performance.

Lufthansa continuously monitors the profitability of its world-wide route network. As a consequence, the group is reducing the size of its Airbus A380 fleet from 14 aircraft to eight for economic reasons. The structure of the network and the long-haul fleet, fundamentally optimized according to strategic aspects, will give the company more flexibility and at the same time increase its efficiency and competitiveness. This will of course also benefit Lufthansa’s customers.