Catalina is one of Australia’s great destination restaurants situated on a landmark Rose Bay site on Sydney Harbour’s eastern foreshore.

Michael and Judy McMahon opened Catalina in 1994 with a simple goal: to be Sydney’s favourite place to eat the best by the water.

Rose Bay was the site of Australia’s first international airport. From 1938, flying boats, including the famous Catalinas ruled the skies. In 1957, local identity Jim Bendroit built a restaurant and nightclub called Caprice, jutting out over the water. Caprice captivated Sydney-siders for years and was the hottest spot in town.

After the heyday of the Caprice era and years after the last of the big flying boats had flown out, the McMahons extensively renovated the building with architect Leigh Prentice. The restaurant was designed as a homage to the beauty of Sydney Harbour. Diners have a panoramic view of Sydney Harbour at water-level, punctuated only by the comings and goings of a working harbour, and incoming commuter sea planes based in front of the restaurant.

The restaurant was refurbished in 2008, with an expanded outdoor bar area, with bar tables and a bar menu. The original ‘look’ was retained and the restaurant is constantly tweaked to ensure it always looks pristine and fresh.

Catalina is one of only a few restaurants in Sydney whose kitchen remains open from midday to late. There is also a bar menu that’s available between 3-6, Monday through Saturday. 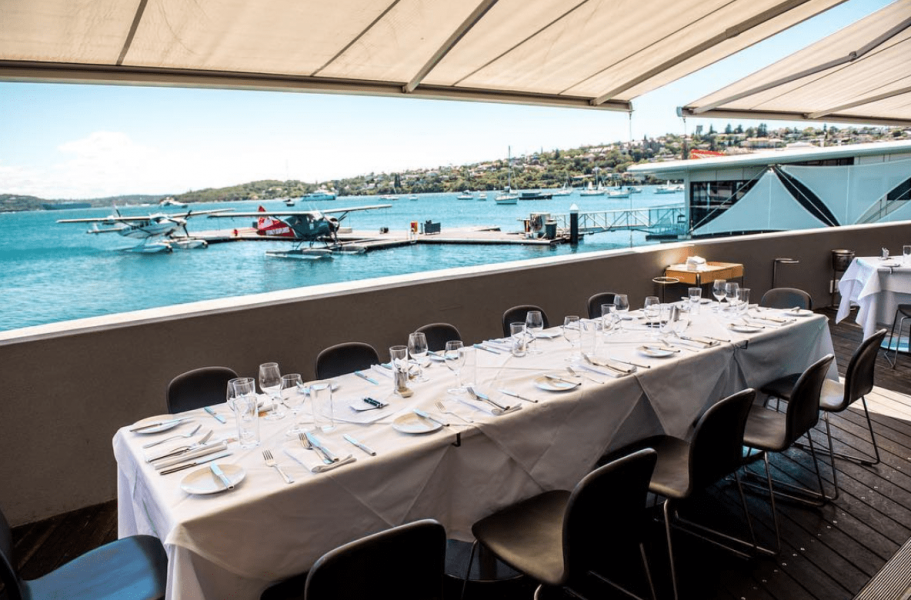 Wayfarer TV exclusive: inside The Langham Huntington, one of Los Angeles’ most luxurious hotels in Pasadena