Customers flying from London Gatwick will be the first to experience the airline’s fully refreshed Boeing 777 fleet and new generation premium economy and economy seats.

The new World Traveller Plus and World Traveller cabins, which have been fitted with elegant new seats with 50 per cent larger entertainment screens, will roll out across the airline’s fleet of 10 long-haul aircraft based at Gatwick.

The six three-class Boeing 777 aircraft will be completed by winter 2018, with the three four-class variations finishing by summer 2019.

The first routes to enjoy the fully refreshed aircraft will be Punta Cana, Cancun and Kingston, Jamaica, before it is gradually rolled out across all of British Airways’ 22 long-haul routes from Gatwick. 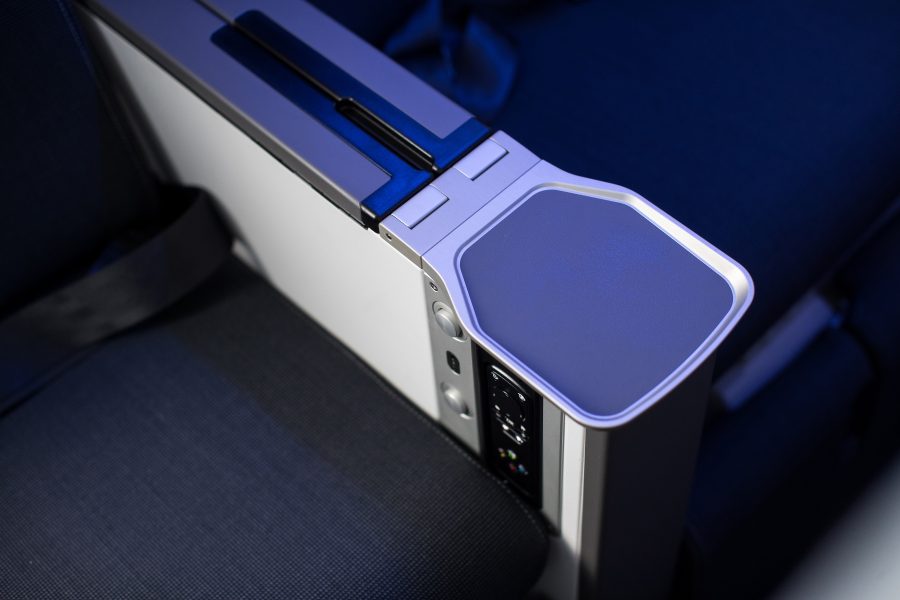 British Airways’ new World Traveller Plus seats and cabin (above)

The new seats have been developed by the airline’s in-house design teams, in collaboration with a leading seat supplier. Great attention to detail has also been paid to how the customer uses their seat, with the World Traveller Plus design featuring a new leg and footrest, as well as an improved fully adjustable six-way headrest to suit customers of all heights. The new seat also has a cocktail table at the front and in-arm tray tables. In response to customer demand the size of the World Traveller Plus cabin in the three-class 777s will more than double.

The World Traveller cabins have also been fitted with the newest, most enhanced seating, which feature a six-way headrest with adjustable ears for added comfort and movable middle arm rests, which is particularly useful for customers travelling with children.

The new in-flight Panasonic entertainment system – which has the capacity to offer four times as many films, TV and audio – has been updated with larger HD screens and gesture control to navigate the interface like using a tablet. T

Bespoke lighting has been fitted in every cabin and can be set to reflect the time of day, helping to lull travellers to sleep at night and wake them in the morning so customers arrive feeling fresher and the effect of jet-lag is lessened. 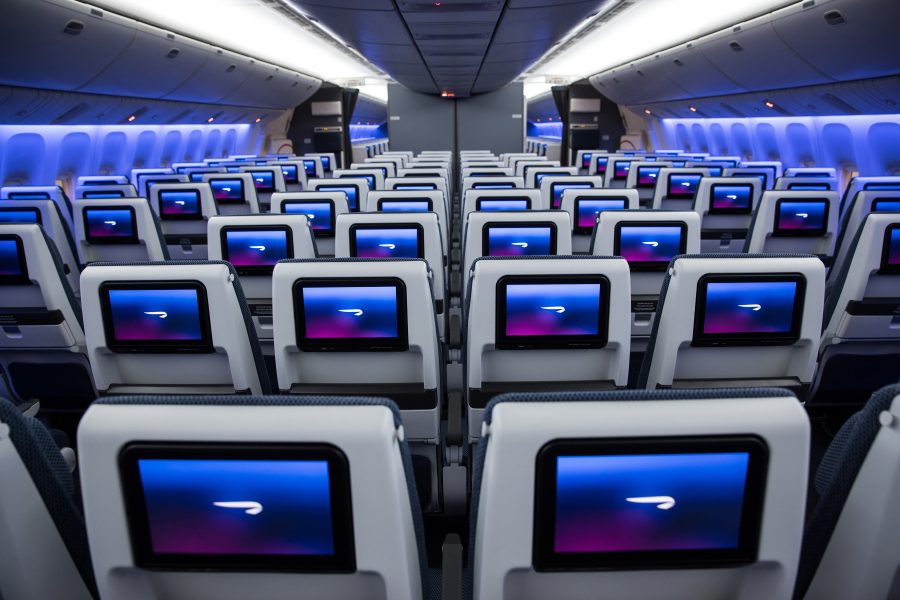 “We are one of the very few global airlines that offers a choice of four cabins for customers to travel in and World Traveller Plus appeals to a broad mix of both leisure and business travelers,” said British Airways’ director of network and alliances, Sean Doyle.

“In response to demand we’re increasing the size of the cabin so we can offer more of these popular seats to our customers, while keeping the cabin intimate and retaining the expert, attentive service that our travellers love.”

These improvements are the latest in the airline’s continued investment for customers. In January, British Airways announced a multi-million-pound investment in its World Traveller catering with the introduction of more, better quality food and greater snacking options throughout long-haul flights.

Six hundred million pounds will be spent on Club World with an emphasis on improved catering, the introduction of bedding from The White Company and a new seat in the future. Furthermore, all customers can look forward to the latest generation Wi-Fi across British Airways’ long-haul and short-haul fleets over the next two years. 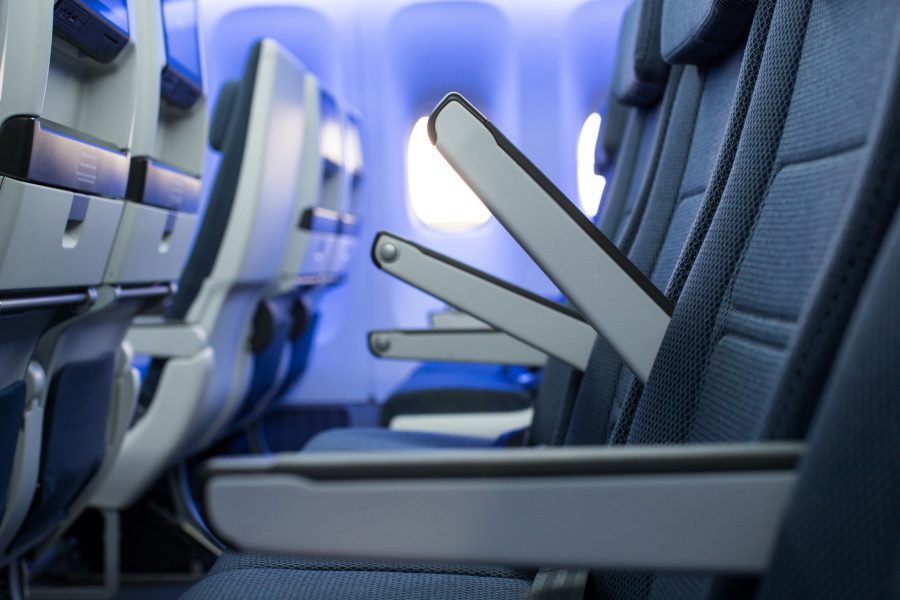 At Gatwick, the airline has also increased the number of routes it serves by more than 50 per cent. In 2012 British Airways flew to 48 different destinations, whereas now the airline serves 74.

While the Gatwick-based aircraft will receive the upgrade first, British Airways revealed London Heathrow’s Boeing 777 fleet will be fitted with the new World Traveller seat from autumn 2019.