The 17th iteration of the HM Awards, presented once again by Sealy Posturepedic, soared to new heights in front of a record crowd of nearly 1,000 at Sydney’s International Convention Centre on Friday night (Sep 6).

Under the theme ‘It’s Showtime’, guests were dazzled by spectacular entertainment emblematic of the modern Broadway standard including Boys in the Band, Hannah May, Dale Burridge and the Players Band. The crowd was singing along to a medley of familiar hits from productions such as Dreamgirls, Cats and Jersey Boys, along with a collection of the some of the most powerful tracks from the late Whitney Houston.

The calibre of nominations in 2019 saw the highest number of joint winners set in the event’s history, with judges unable to separate the two best entries received across a host of the 48 categories awarded on the night.

Most awards saw over 50 nominees put their best feet forward in an effort to claim the prestigious accolade (in some cases over 80 entries were received), with the judging process more difficult than ever before. 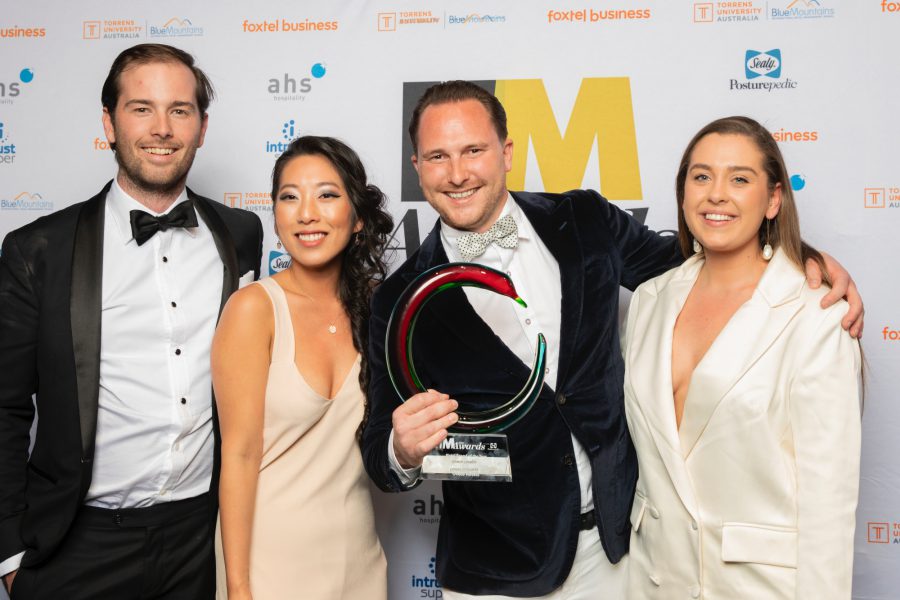 WAYFARER and HM magazines Editor-In-Chief and Chief Judge of the HM Awards, James Wilkinson, said the calibre of this year’s entries were the best in the event’s history.

“The quality of entries in the HM Awards this year was unlike anything we have seen before. It was a challenge to even choose the finalists from up to 80 entries in some cases, let alone decide on a winner and highly commended,” he said.

“To even be a finalist this year was a massive effort and many of our winners have also been employee of the year or hotel of the year in their own organisations, so it was an incredibly strong field of entries in 2019.

“The HM Awards are more than just bricks and mortar and are truly about the people behind the scenes who make the Australian hotel industry one of the best in the world… this is why we put a bigger focus on people than properties every year and this year’s list of winners was phenomenal,” Wilkinson said. 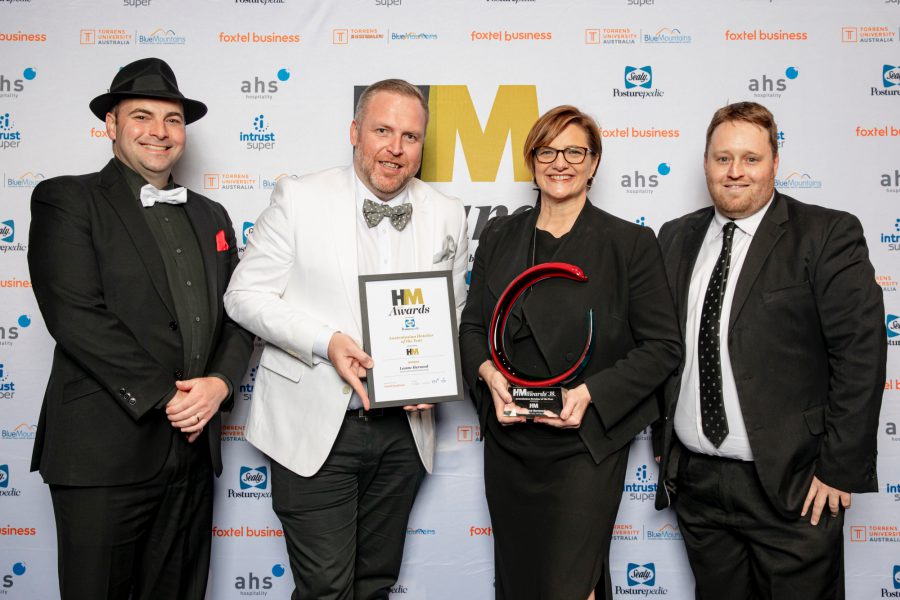 IHG’s Leanne Harwood is presented with the Australasian Hotelier of the Year award by HM staff Adam Daff, James Wilkinson and Matt Lennon

Australasian Hotelier of the Year in 2019 was richly deserved and claimed by InterContinental Hotels Group Managing Director for Australasia and Japan, Leanne Harwood, who struggled to contain her excitement at the recognition.

“I’d like to thank everybody in the room for working in one of the most amazing industries. I particularly want to thank my team across InterContinental Hotels Group who frankly, make me what I am as a leader,” Harwood said.

When Accor’s COO – Pacific, Simon McGrath, walked to the stage to collect the Accommodation Chain of the Year award, most of the room was giving the victory a standing ovation, while when it came to Brand of the Year, the teams from dual winners Hilton and Ovolo firmly brought the party to the stage.

Australasian Hotel of the Year winner, Park Hyatt Sydney, was a popular choice in the room, while the Asia-Pacific Hotelier of the Year crown was won by Marriott’s President and Managing Director, Craig Smith, one of the most popular executives in the region. 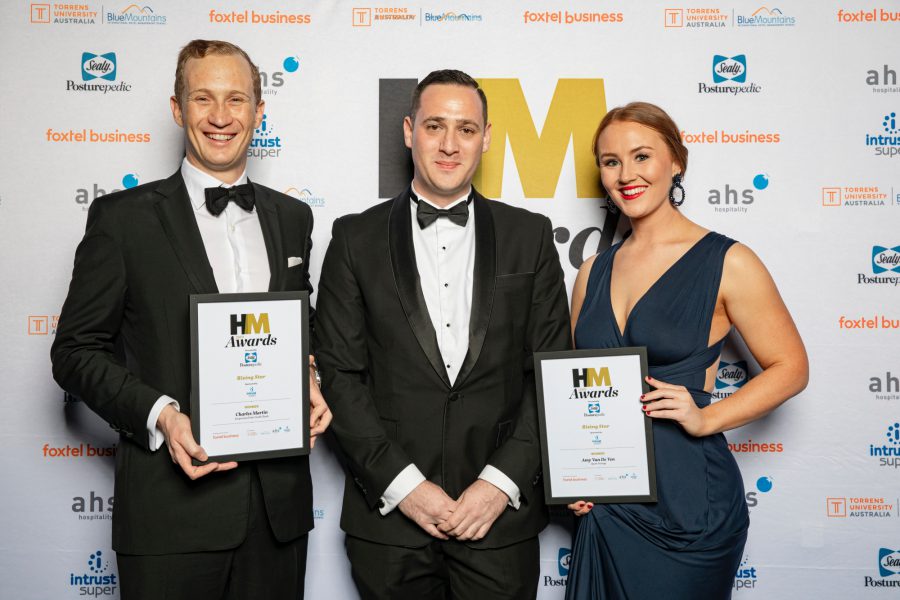 One of the most special gongs on the night – the Ashley Spencer Service to the Industry Award – was given to IHG’s CEO Keith Barr, who, via a video message from London, said he was humbled by the acknowledgement from the industry in Australasia.

In a year of significant change professionally, recently departed Accommodation Association of Australia CEO and former AHA NSW chairman and The Star executive, Richard Munro, returned to accept his induction into the HM Awards Hall of Fame. Munro, who now oversees the Cronulla Sharks NRL franchise, told of his pride at having spent 30 years representing and serving an industry he will always love. 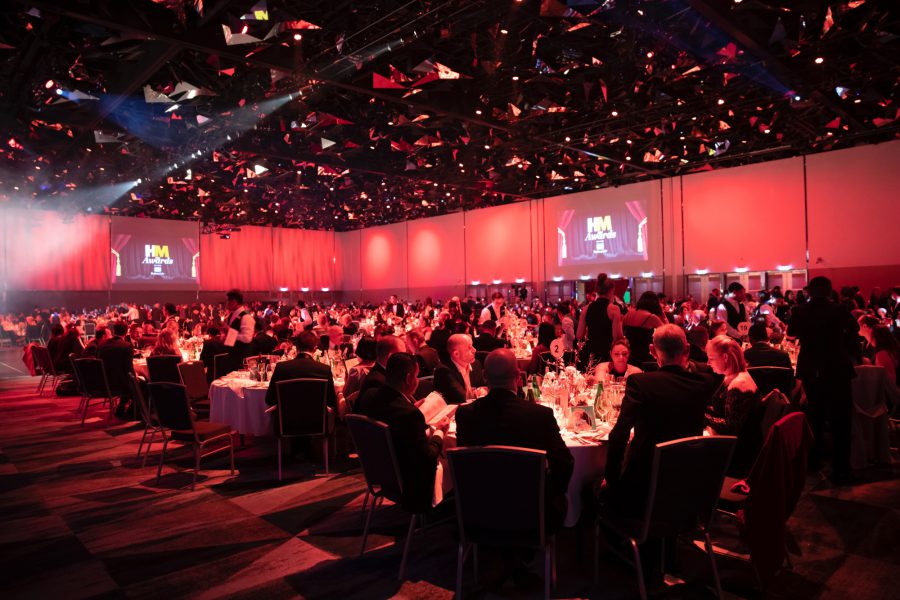 “I’m absolutely an admirer of this industry. I started as a young fellow up in Gatton Agricultural College doing a hospitality course and worked my way through the whole industry with a lot of people. It’s a people industry and I carry that through my life that I’ve met so many people who mean so much to me and who also think so much about this industry.”